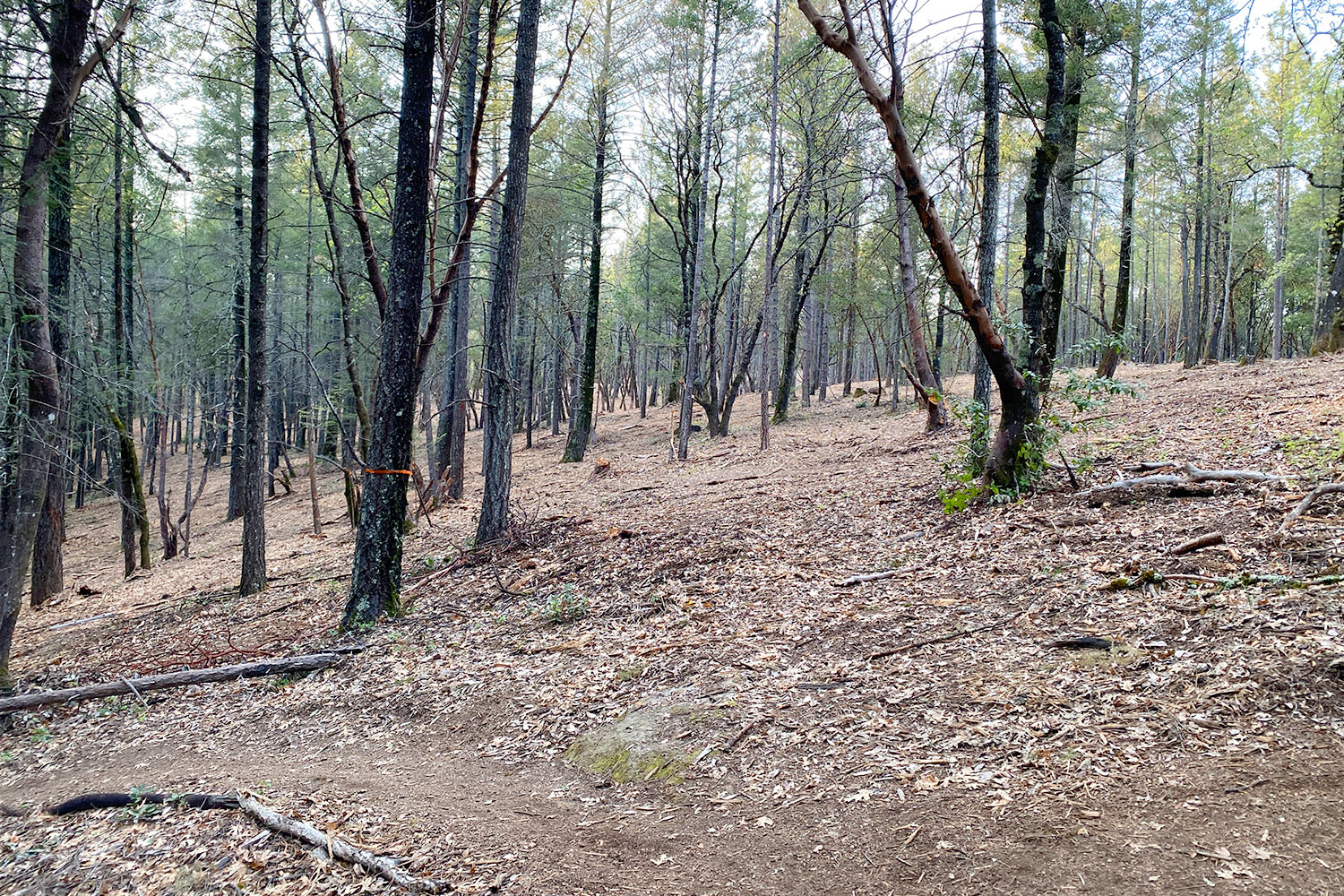 Coastal redwoods, ponderosa pines, and Douglas firs reign over the majesty of Pacific Union College Forest. Its lush woods are home to native plants and an abundance of wildlife.

PUC Forest boasts more than 1,100 acres and features more than 35 miles of hiking, biking, and horseback riding trails. Its beauty is treasured and enjoyed by both the college and the larger community.

But like other areas of California, the forest is vulnerable to wildfires due to dense overgrowth and drought. The devastating fires to hit the state in recent years, including the Glass Fire, underscore the perpetual threat.

“When there’s not a mechanism controlling the density of vegetation, as natural wildfire used to in the past, the packed-in trees face overabundant competition for water,” said Peter Lecourt, PUC Forest manager. “Trees essentially die of thirst and become fuel.”

In the fall of 2020, the Glass Fire burned nearly 70,000 acres of land in Sonoma and Napa Counties. The fire blazed its way up Howell Mountain, through several of its communities, and nearly reached the summit where the college sits. PUC and the small town of Angwin were narrowly spared.

Lecourt says active monitoring and improving the health and resilience of PUC Forest is crucial.

Necessary treatments include forest thinning. Lecourt described the methods typically used to reduce the forest’s density and support its health. One involves a hand crew, where workers use chainsaws to remove smaller and weaker trees – allowing more water, light, and nutrients for the remaining trees to thrive. Another method of removal – mastication – is more cost-effective, said Lecourt. It uses a chipper mounted on heavy equipment. Selective timber harvesting is also a tool. And finally, prescribed fires.

There will be some replanting of trees in places, said Lecourt, just “to get the next generation coming along.”

Funding will also be used for research plots. Gathering data on density means measuring how thick an area of forest was before and after treatment and charting a timeline of the growth and changes.

“This grant is a huge victory for PUC,” Lecourt said. “We’re bringing in significant resources and support from an outside organization because our land significantly impacts the safety of Angwin and the college.”

Lecourt knows firsthand. He was born and raised in Angwin and attended PUC schools including the college.

His passion for the forest might be measured by his tenacity.

After Lecourt became PUC’s first forest manager, he – along with Cal Fire and the Land Trust of Napa County – helped lead a project that culminated in a conservation easement. That 2018 agreement protects 864 acres of PUC Forest from development.

Lecourt is already hard at work in bringing about a second conservation easement on the remaining 240 acres.

He also says he was unfazed after the first Forest Health Grant proposal was rejected. For one, Lecourt said, it was really close to being approved. Second, partnering with Napa Firewise, which hired a professional grant writer for the effort, resulted in more than just securing the funding.

Lecourt says he’s grateful to have the local foundation’s ongoing support. “I’d like to say a big thanks to Napa Firewise for all its critical work protecting Angwin and Napa County,” he said.

Meanwhile, Lecourt is busy forging relationships with other area organizations working to support the ecological health of the forest.

The remaining $2 million of the grant will go to Napa Firewise and an area of Howell Mountain that is still vulnerable to potential wildfires. North of PUC, the Timberlane Ranch will also receive a portion to help mitigate the threat of fire and restore forest health.

“The Glass Fire reduced areas hugging Angwin,” said Lecourt, “but not east where Pope Valley is. It’s much thicker and dryer there.”

In a 2019 interview with Spectrum Magazine, Lecourt described how the forest is an integral part of Pacific Union College’s heritage. In the early 1900s, Ellen White and the other founders believed God brought them to this part of California, in large part because of its environment and natural resources. Early on, lumber from the forest was used to construct several of PUC’s buildings and residence halls.

Over the past century, the forest has continued to support the college and its mission. Today it still provides educational and research opportunities for faculty and students. It’s also used for recreation and other special events by the college and members of the larger Napa community.

The forest distinguishes Pacific Union College from other institutions. It’s important to preserve it and its legacy for generations to come.