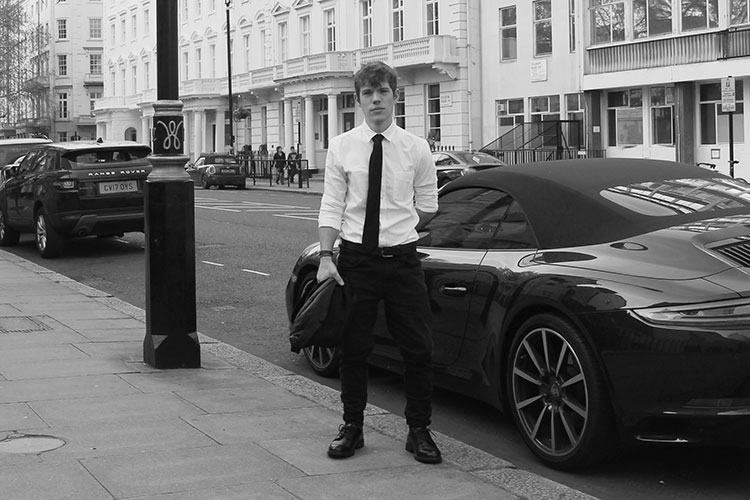 Senior photography major Sam Delaware is making waves in the visual arts world after a successful second showing at the Sony Photo Competition in London this year. Passionate, talented, and on the verge of a blossoming career in photography, Delaware shared some details about his experience in England as well as his goals as he looks towards graduation this quarter.

When asked how he first became interested in visual arts and photography, Delaware joked about stumbling upon some of Ansel Adams’ old equipment.

“In reality, the story’s less of a story and more of a slow burn,” he explained. “In high school I started to notice and consume work being made from photographers that were working in the long-term documentary format on projects that took shape over many years.”

Delaware decided to work toward doing the same at the end of high school and continued with it over the course of the last couple years in college. As his hobby turned into a potential career, Delaware began to actively participate in photography competitions and quickly garnered acclaim in the field. Three years ago marked his first experience with the Sony Photo Competition, where he won an award and began learning how to market himself and his work.

“The experience was great, but I showed up fully unprepared and didn’t realize the magnitude of what was going on,” Delaware noted. “In hindsight, it was invaluable and only solidified my drive for what I came to school to study.”

This year, Delaware entered the Sony competition with the confidence only time and experience in the field can bring. London opened multiple doors of opportunity, including awards and a chance to converse with professionals in the field. Delaware also secured a grant that will enable him to return to the convention next year.

“They liked my portfolio and I was given a grant to continue my work through this year with another group exhibition in London next April,” Delaware modestly admitted.

Additionally, there was a private question and answer session with photographer Nadav Kander, who was having a major survey show and retrospective of his 20-year career as a documentary and editorial photographer.

“He’s big-time,” Delaware said “He holds the record for the largest spread of images for Time Magazine about Obama’s White House staff. Needless to say he is someone I have followed since I started making images so that was pretty amazing to have come full circle.”

As his time at PUC draws to a close, Delaware recognized the incredible effort his professors have made to foster his success.

“Brian Kyle, one of only two photo professors in the department, has introduced me to work that has had a heavy influence on the work I’m making now,” he said. “PUC has been a place where I’ve been able to take the time to refine what I wanted to do by taking an interdisciplinary approach to crafting a career in the photo industry.”

And as he looks towards the future, prospects seem bright. Delaware plans to continue working on his grant project and hopes to move into more editorial and assignment-based work, like that of Kander.

Those interested in exploring more of Delaware’s work can either visit his personal webpage or browse through a selection of photos featured on the World Photography Organization website.