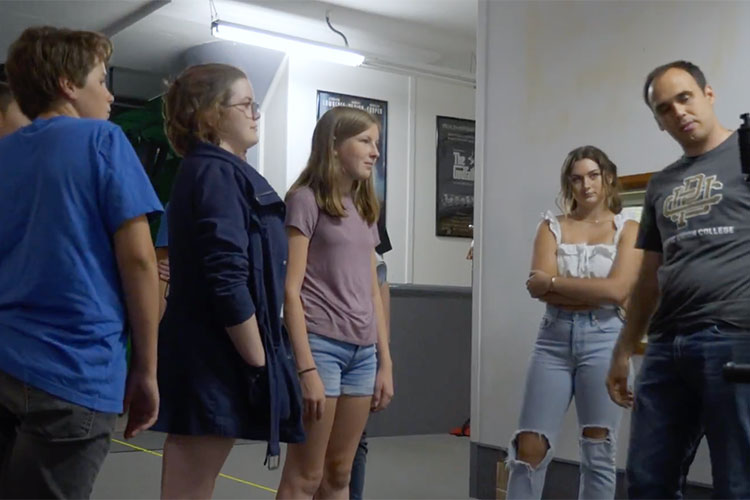 In June, Pacific Union College, the Cameo Cinema, and Napa Valley Film Festival will host their annual film camps for high school students in the North Bay Area. Taught by professors in PUC’s department of visual arts, this popular summer intensive is sponsored by the Cameo in St. Helena and the NVFF as a way to inspire and encourage young people to go big with their creativity in film.

“Everything is filmed here in the valley and works together,” explains Rajeev Sigamoney, chair of the department of visual arts and film instructor. “The NVFF is the biggest film festival in the region, the Cameo is the valley’s signature theater, and PUC is the one place that does film education and has the resources to support an event like this. It’s a perfect partnership.”

The film camp covers two weeks in June, first a narrative camp from June 17-21, where students learn to tell a fictional story in film from start to finish, and secondly the documentary camp, where students film mini documentaries about local prominent figures. Prior to the first camp, in May, Sigamoney holds a two-day writing workshop to develop the scripts that will be used in the narrative camp; the two students’ whose scripts are the most producible during the camp are the films’ directors.

“We go over everything they need to know to produce a film,” Sigamoney says. “We talk about lighting, producing, sound, casting, sets—everything.”

This instruction takes the first two days of the week. Wednesday is spent shooting, and on Thursday and Friday, the student teams edit their films, followed by a special screening during a community festival day at the Cameo.

For the Documentary Camp, four high-profile local personalities from varying sectors are selected. The students do everything from scripting to interviewing to filming and editing, all under the supervision of the experienced PUC team of film professors and students, utilizing PUC’s state-of-the-art equipment.

A wide variety of students attend this film camp, from public school to Christian schools to charter schools. Scholarships, funded by the Cameo, are made available to ensure the camps are open to all.

“It’s a great way to highlight the valley and the pieces of the valley that come together,” Sigamoney says.

NVFF Film Camps are open to all high school students in the valley; registration is $200 for each week, and is available on the NVFF website.

Learn more about these film camps in this playlist of finished films and promo videos from past events.