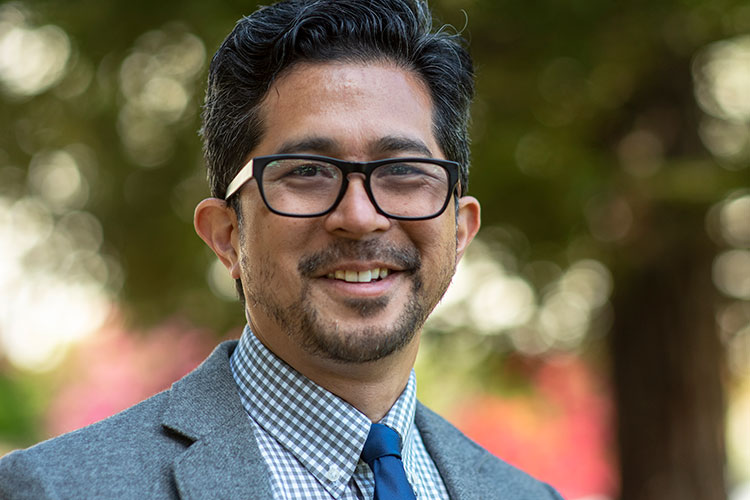 In July, Milbert Mariano, currently professor of graphic design in the department of visual arts at Pacific Union College, will transition into a new role at the college. After nearly 25 years of teaching graphic design, 12 of those as department chair, he has recently been named the college’s new vice president for academic administration and academic dean. Mariano fills the role following Dr. Nancy Lecourt’s retirement after 40 years at PUC.

Having also spent four years as a student here, Mariano’s intimate knowledge of and love for the college goes back nearly three decades. He holds two B.S. degrees—one in advertising design and one in studio art—and an M.F.A. from Academy of Art University in San Francisco.

“Milbert is an established leader on campus,” asserts Dr. Bob Cushman, president. “He has credibility and trust with faculty and staff, and as chair he built a department culture that was collaborative and inclusive; a model we want to share and develop across campus.”

Over the years, Mariano has served in several capacities on campus beyond his teaching and chair roles. Taking a deep and abiding interest in every area of campus, he has served on several student committees as advisor and sponsor, coordinated the annual Publications Workshop for high school students, and has been part of PUC’s Web Committee, Cultural Engagement Taskforce, Academic Standards & General Education, and more.

“The faculty and staff at PUC are its most valuable assets,” Mariano says. “They are dedicated to both our students’ and the college’s success, and I am proud to be a part of that. I love watching that dedication in action every single day.”

Mariano has observed and been a part of PUC’s strong faculty governance system for a dozen years, and it has offered him many insights into the inner workings of such an active organization. Over time Mariano has become adept at crafting curriculum, designing academic spaces, and building work culture, all of which will serve him well in his new position of leadership. As will the strength of his personal and professional connections across campus and beyond it, formed over decades of collaboration, commiseration, and cooperation.

Another significant part of Mariano’s new job will be implementing, reviewing, and revising the strategic plan, alongside his administrative colleagues. Currently a part of PUC’s Cultural Engagement Taskforce, he has spent many hours listening to and reviewing feedback from his colleagues across campus, working with the taskforce and administration to move toward changes that will enhance and improve the campus culture.

Mariano says, “I look forward to being a part of strengthening the PUC learning community by growing authentic connections between students, staff, faculty, and the greater community.”