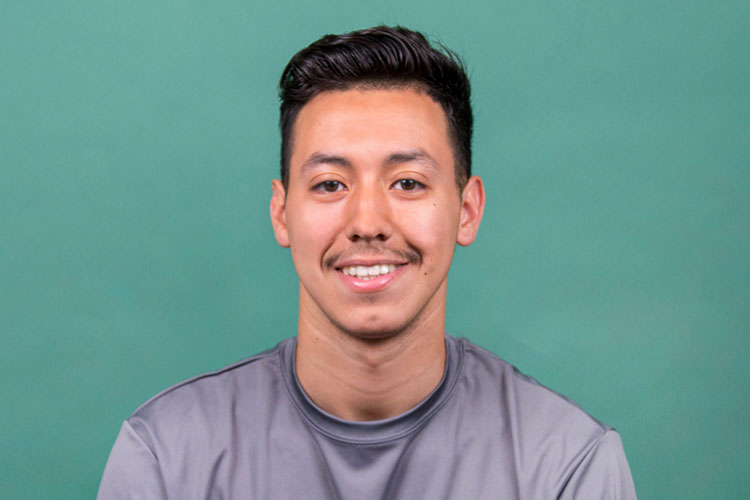 Ricky Mazariegos, senior business accounting major and pre-law student who has been on the team for four years was named a Champion of Character.

“I feel honored to receive this award because it means I was a great example to my teammates,” he says. “I was able to guide the younger players and show them what it means to have character both on and off the field.”

Mazariegos can play nearly every position on the team, but his natural position is left back, right back, or center back. He has served his team as captain for two years.

“I wasn’t expecting to get the award, but I give my best to help the team,” says Manurung. “It’s truly an honor to be given this recognition during my first year on the team.”

“This honor would not have been possible without my teammates,” Piedra insists. “It’s a team effort. Every game we went out and fought hard, and in the end, I simply thank God for the opportunity to play a sport I love with great people.”

Piedra plays center defensive mid or center attacking mid and has been on the team for two years.

“Our coaching staff are very proud of our student athletes for receiving these individual achievements,” says Archibald Asare, PUC men’s soccer coach. “Their hard work for the team has been recognized by other CalPac coaches, and that’s what Champions of Character is all about.”

CalPac is the most diverse league in the National Association of Intercollegiate Athletics (NAIA) and is the largest conference in the west. It has 12 members with 11 championship sports, all with direct qualification into national championships. CalPac recently set a national record by having nine institutions reach the elusive NAIA Gold standard for Champions of Character—one of which is Pacific Union College.