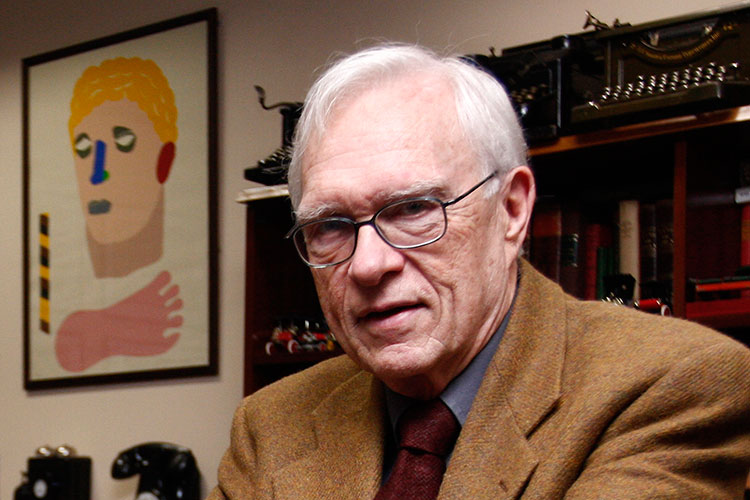 Stanley G. Payne is a respected historian, prolific author, and one of the leading authorities on the study of modern Spain and European fascism. On April 21, Payne will give a lecture as the Walter C. Utt Visiting Scholar. The free public lecture in Scales Chapel, entitled “Secular Religion and Millennialism in the Modern Age,” will be held at 7:30 p.m.

Everybody has heard of politicized religion, which might show up in mild forms, such as the “social gospel” and the “religious right,” or in more virulent forms, including Muslim terrorist movements. But what about the opposite—“religionized” politics? Payne will be examining those political movements that “transpose millennial longings to seek to create a kind of utopia on earth.”

Payne graduated from Pacific Union College in 1955 with a degree in history; inspired by PUC Professor Walter C. Utt, Ph.D., Payne pursued the life of an academic, taking his master’s at Claremont University. After receiving his doctorate at Columbia University, Payne shared his considerable knowledge as a lecturer and professor at multiple universities, including Columbia, Hunter, UCLA, and the University of Wisconsin-Madison, where he retired as Professor Emeritus in 2005.

Payne has written over 20 books, as well as many scholarly articles, single chapters, co-authored texts, and other publications, which have been printed in English, Spanish, and French. His most recent book, Franco: A Personal and Political Biography (coauthored with Jesus Palacios), was published in 2014. Payne has been honored with numerous awards, including a Guggenheim Fellowship, Institute for Research in the Humanities Senior Fellowship, and the Elizabeth Steinberg Prize from the University of Wisconsin Press.

Following the lecture, a reception will take place in the Fireside Room.