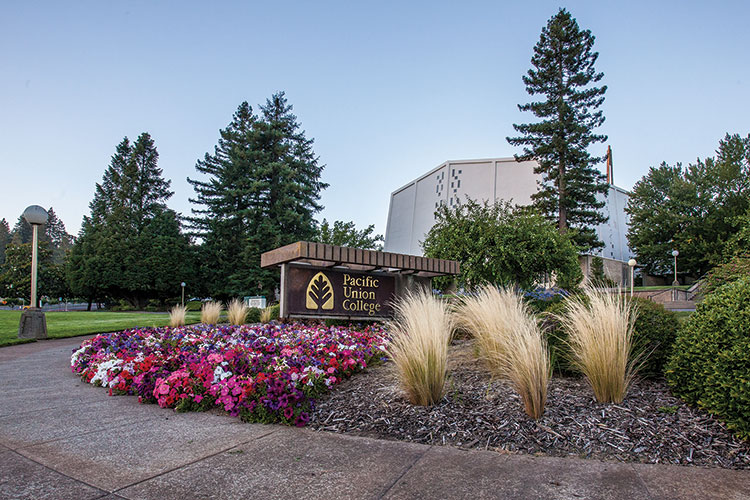 On June 3, Pacific Union College’s President, Heather J.Knight, Ph.D., announced the receipt of the largest single private gift in thecollege’s 132-year history, a $2.4 million testamentary gift from the late StephenBall, a twenty-year resident of the Napa Valley. The gift is for theunrestricted support of Pacific Union College’s mission.

“We are grateful for this transformational and historicgift,” said Knight. “Stephen Ball understood the mission and the impact thatPacific Union College has had throughout its history, and we’re honored toreceive this gift at a time when our college is on a historic upwardtrajectory. This gift is truly ablessing for our campus community.”

Born in 1944 in Berkeley, California, Stephen Ball attendedArmstrong College, a private liberal arts college in Berkeley specializing inbusiness management. He relocated to the Napa Valley in 1994, and lived in St.Helena until his death in April.

“Stephen was a generous soul, and he appreciated thosearound him who made a difference in the community,” said longtime friend SusanBaxter. “Pacific Union College is such an asset to the Napa Valley community,and Stephen wanted to support the mission of the college.”

Pacific Union College is currently engaged in the planningphase for a major philanthropic campaign, the Heritage Campaign, which willencompass a variety of signature projects in support of the college’s long-termvision and mission.

“Our campaign will affirm PUC’s heritage of excellence andinnovation, forge a legacy of service for our world, and support a compellinglearning community,” said Walter Collins, PUC’s vice president for advancementand alumni relations. “Mr. Ball’s generosity will be the bright spark that helpsbring this vision to life.”

Pacific Union College, Napa Valley’s only four-year college,currently enjoys its highest enrollment in 24 years at 1678 students, and itsfreshman to sophomore retention rate has increased from 71% to 85% over thepast three years. Pacific Union College’s students and faculty continue toreceive national awards and distinctions for their work in the fields of musicand fine arts, nursing, psychology and social work, physics, biology, andtheology among others. Pacific Union College is recognized as a NationalLiberal Arts College by U.S. News & World Report, and is renowned for very highacceptance rates to medical school and dental school, as well as prestigiousgraduate programs.