Investing in the Future: Helping Families Afford a PUC Education 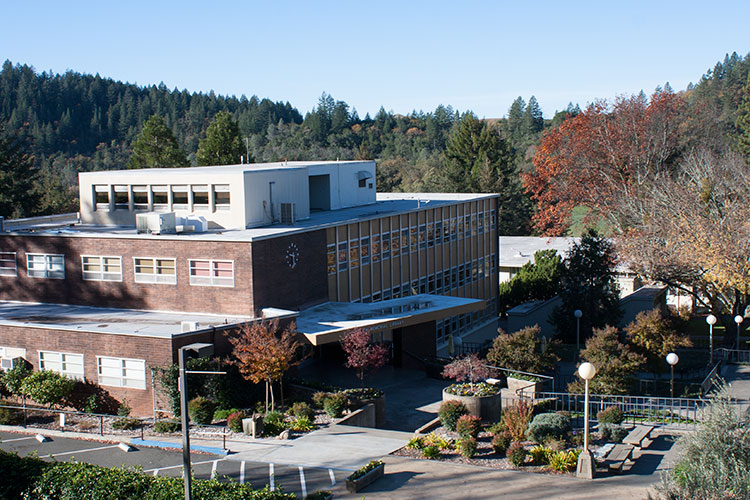 As a Seventh-day Adventist learning community offering an excellent Christ centered education, Pacific Union College is proud to prepare its students for productive lives of useful human service and uncompromising personal integrity. Ranked as a National Liberal Arts College by U.S. News & World Report, a PUC education emphasizes academic excellence, authentic spiritual experience, and service to local and worldwide communities. At PUC, students are taught lasting lessons that they employ as professionals and as Christ’s servants.

A Pacific Union College degree is also an investment with lasting value. In September 2013, PUC was ranked in the top 13 percent of colleges nationally for return on investment by PayScale, a provider of compensation data. The ROI (return on investment) ranking demonstrates that students who graduate from PUC enjoy a greater earnings increase than students without a four-year degree. Estimates of lifetime earnings of college degree holders range from $700,000 to $1 million more than those who have only a high school diploma. When the college’s financial aid offerings are taken into account, the PayScale ranking shows that PUC graduates could expect an annual return of 7.9% on their higher education investment. PUC has a long tradition of sending students to medical and dental school, as well as prestigious graduate programs, which further increases earning potential. PUC students are well positioned for careers in fulfilling and financially rewarding professions; in recent years, nearly a third of PUC graduates have received degrees in nursing.

Pacific Union College is dedicated to ensuring this outstanding education is accessible to every family and is a true investor in students’ futures. One hundred percent of PUC students receive financial aid. In the 2013-2014 academic year, PUC awarded over $38 million in aid, with over $16 million coming directly from the college in the form of grants and scholarships. Experienced financial aid counselors work with students and families to secure additional federal and state aid, including Pell Grants and Cal Grants, which further lowers costs. PUC’s significant merit-based scholarships recognize the academic achievement, talents, and leadership of the student body.

While PUC is proud of its aggressive scholarship and grant offerings, it also acknowledges that student loans are, when taken wisely, a helpful resource for some families, especially those whose budgets became even tighter during the recent recession. During the 2013-2014 school year, over 1,650 students and their families accessed the incredible education at PUC, and the average out-of-pocket payment for these families was $6,656. A financial aid package that includes student loans can allow a student who would otherwise have to work full-time and study part-time to complete college more efficiently and graduate in four years—thus allowing them to enter the workforce in their chosen profession faster. Data from the National Center for Education Statistics shows that students who attend private colleges like PUC are more likely to graduate in four years than those who attend public institutions.

Recently, PUC appeared on a list of private colleges whose students graduated with the most debt. While the college’s appearance on the list (determined by a calculation of the average amount of debt among the 97 members of the class of 2013 who meet the reporting criteria) is not positive news, Pacific Union College’s own figures show that for the 2012-2013 academic year, the average debt for the Class of 2013 graduates who took their entire bachelor’s degree at PUC is $26,978.

The benefits and value of a PUC education are incalculable, and PUC’s expert student financial services team works with each individual family to build a financial aid package that fits within each family’s budget. Continued financial aid education, including tutorials on college borrowing, is a priority at PUC. Potential students and their families can begin to learn more about the financial aid process online or at the college’s Financial Aid Workshops taking place throughout California and in Hawaii in January and February 2015.