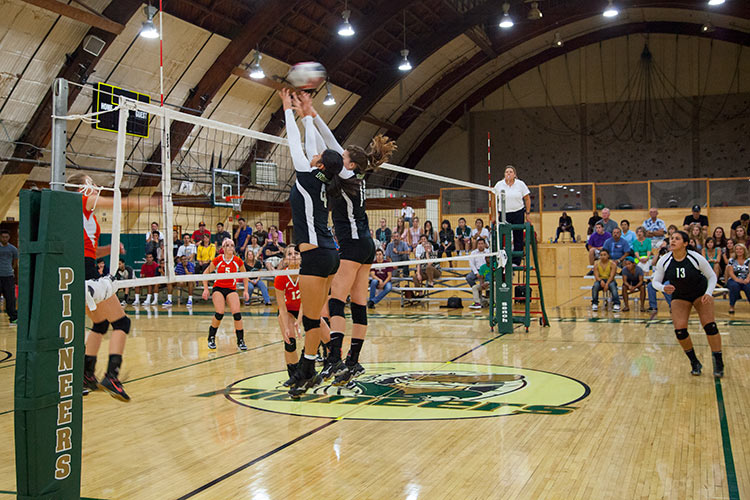 The Pioneers started off set one dominating behind tough serving and multiple unforced errors by the visiting Eagles. They jumped out to an early 13-5 lead and continued on that path to 19-9. The Eagles ended the game going on a 4-0 run, but it wasn't enough to come back as the Pioneers took the set 25-14.

The Eagles turned things around in set two and took the Pioneers off balance with a dominating 18-8 lead. After a timeout by head coach Brittany Brown, the Pioneers went on two service runs by Kailey Faust and Sarah Cusick who served 3 aces, bringing the Pioneers back within one point at 19-20. The Eagles and Pioneers exchanged points to 22-22, but the Pioneers put three balls away to take set two 25-22.

In the final set, the Pioneers and Eagles battled back and forth 14-14, 21-21, and 24-24. With long rallies towards the end, the Eagles struggled to gain momentum against the Pioneers’ stellar defense. With an exciting finish, the Pioneers closed the match in three sets by key kills from freshman opposite Courtney Clark and outside Viridiana Gallardo.

"I was really proud of the way our team stayed composed and battled in all three sets. Momentum shifts happened, but they trusted each other and played each point separately," Brown commented.

The Pioneers will travel to Atherton, Calif. on October 17 to take on Menlo College, currently ranked first in the Cal Pac. The Lady Pioneers will then host UC Merced on Sunday, October 20.