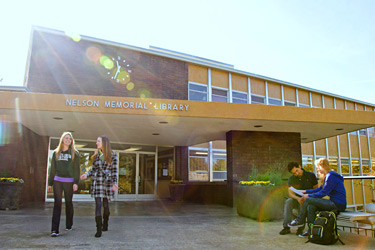 The Pacific Union College Board of Trustees has approved a freeze in the cost of tuition, room, and board for the 2012-2013 academic year — holding prices at the 2011-2012 rate. It is the first time since 1984 that the college has not posted an increase in cost of attendance.

“While students at private and public colleges across the country are facing significant increases in tuition and fees, Pacific Union College is continuing its commitment to making higher education affordable for our families through initiatives like the tuition freeze,” said Dave Lawrence, PUC vice president for financial administration. “This freeze is just one of many ways we seek to make attending PUC a reality for students.”

The announcement contrasts with across-the-board tuition increases in the private nonprofit sector of colleges nationwide. According to the National Association of Independent Colleges and Universities (NAICU), tuition increased an average of 4.5 percent for the 2011-2012 academic year at its member institutions.

The freeze marks a renewal of PUC’s efforts to make tuition more affordable, most recently with the Four-Year Guarantee Scholarship, which began last academic year. Under that program, nearly all students at the college are assured of a set amount of tuition assistance based on their performance in high school. Pacific Union College gives out over 10 million dollars in financial aid annually to the over 90 percent of students who receive some form of financial aid.