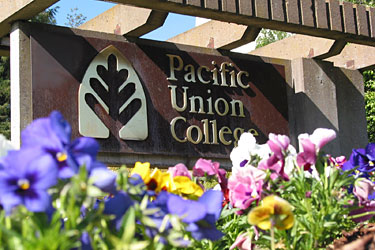 The accident took place at about 11:45 p.m. on November 15. According to police reports, the four victims were in a Honda Civic driving down the hill on Deer Park Road when it collided with an oncoming vehicle at Sanitarium Road junction. The men were pronounced dead at the scene.

According to some reports the four students had been at the college gym before making their way to Safeway in St. Helena to grab something to eat; the accident occurred on the way to the store.

All the young men were well liked on campus and involved in outreach. Shin, Pak, and Nishikawa were all very involved in youth ministry at the Rohnert Park Korean Seventh-day Adventist Church. Son was involved in of a campus outreach program called Homeless Ministries. Just that morning, students say that Son had gone to the bay area with a group of students to feed the homeless.*

“The PUC community mourns the loss of four wonderful young men who were already giving service back to the community,” said Richard Osborn, college president. “Our entire campus is grieving along with their families. But as a faith based college, we have hope that springs from our beliefs as we celebrate all these young men accomplished in their brief lives.”

Grief counselors, residence hall deans, and the campus chaplain began working with students during the night as news of an accident involving fellow students spread around campus. On Sunday, the college offered support groups and one-on-one counseling for the campus community.

At 5 p.m. on Sunday, the campus and community was invited to gather in the PUC Church for prayer. Counselors and pastors were available for counseling following this meeting. On Thursday, November 20, the college will hold a memorial service for the young men during their weekly colloquy at 10 a.m. in the college church.

*CORRECTION: Previously, we stated that Luke Nishikawa had been the leader of Homeless Ministries and involved in an event earlier that morning. It was actually Simon Son who had been in the bay area that morning feeding the homeless with the outreach group.