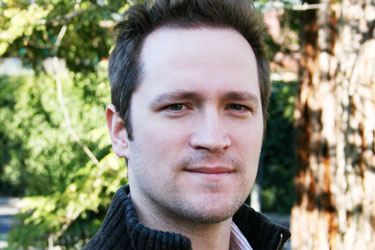 Makala Anders has been interested in skin since he was a kid. As a child he often wondered why he was so pale compared to his dark-skinned Polynesian father and set to find out. In the eighth grade he discovered dermatology, and his career path was set.

Anders left his native Hawaii and did undergraduate work at Pacific Union College, where he also met his wife, Brandie. While studying at PUC,  both had the idea that they wanted to settle down in the area, but first Anders had to go to medical school. After graduating from PUC in 1995, he went to Loma Linda University, where he immersed himself in the Department of Dermatology, working hard and doing research as he advanced in his studies. During his residency, his hard work resulted in his being elected "chief resident" of the LLU dermatology department.

It was in his chief resident role that he got involved in a unique program that helped ex-convicts and gang members by providing free tattoo removal. It was a long process that took anywhere from six to 20 treatments, and through the course of the treatment Anders got to know some of his patients and see how they were changing their lives. "It was rewarding for me and the department to be a very big part of that turnaround," he says.

This last February Anders, returned to the PUC area with his wife and three children. He also brought his medical knowledge and experience and set up his own practice in St. Helena. It is one of three dermatology practices in St. Helena, and offers Napa Valley patients a new and exciting procedure Moh's surgery, a procedure developed to remove skin cancer on the head and neck and assure that it is gone completely without gouging a hole in the patient's skin.

Anders also hopes to eventually set up a tattoo removal program in St. Helena, similar to the one he worked with during his residency, to help those in need. For now, though, he's keeping busy taking care of his patients, enjoying his family, and finally fulfilling the dream of settling in the Napa Valley.