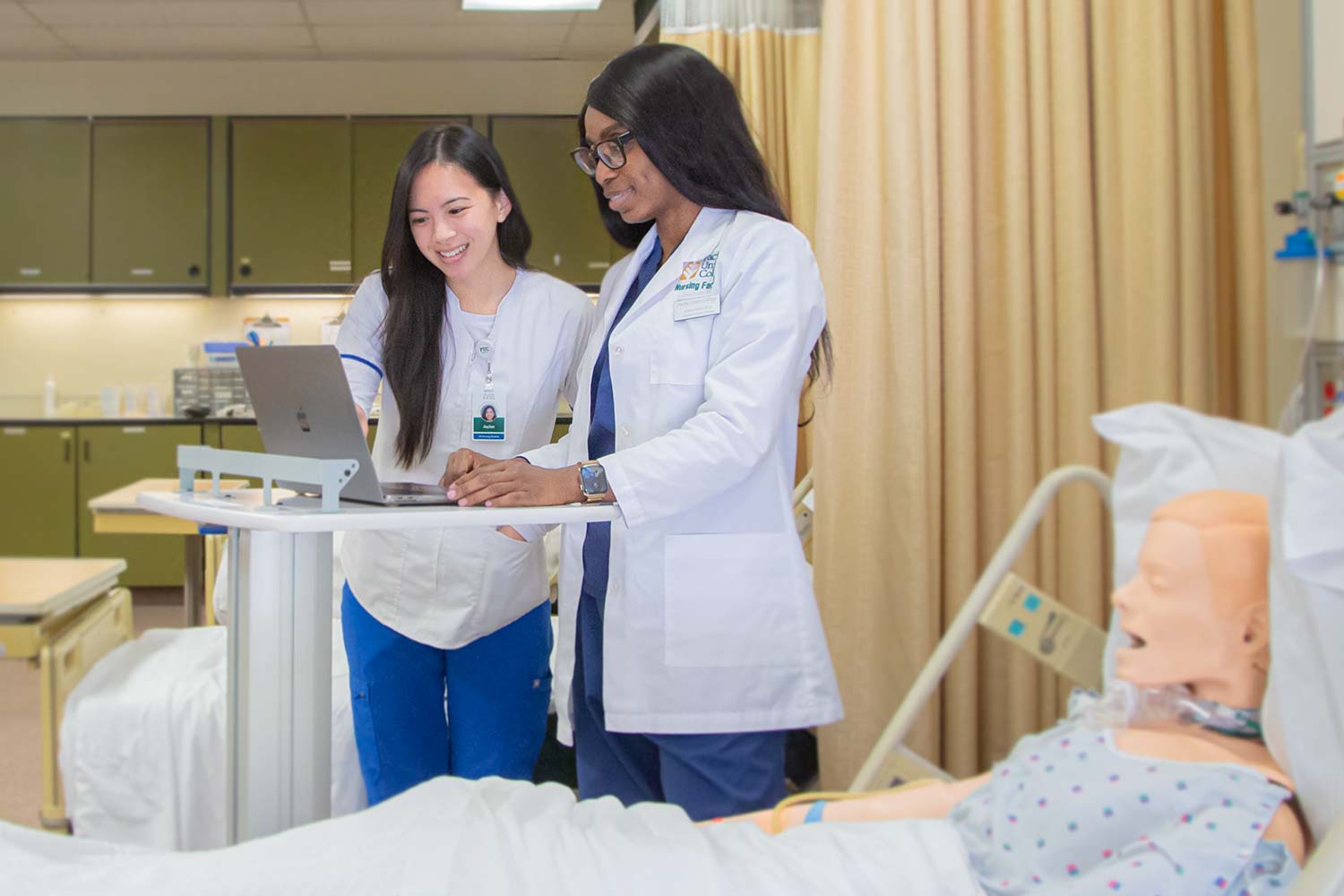 The California Board of Registered Nursing in May gave Pacific Union College’s nursing program five-year approval, further cementing the college as one of Northern California’s top places to study nursing.

In addition to meeting the requirements of WASC and other organizations, Pacific Union College’s nursing department must continually renew and be approved regularly. The BRN conducts a standard evaluation and visit of the program every five years with 2022 being the most recent.

Kimberly Dunker, director and chair of Nursing Health and Sciences, said that because the college must continually renew, preparation for evaluation is ongoing and it involves everybody in the department.

Dunker, along with Assistant Directors Debbie Wallace and Susan Bussell, prepared the self-study, which thoroughly and critically examined PUC’s entire nursing program to identify its strengths and deficiencies. It also involved planning for modifications and improvements, if necessary.

In addition to clinical sites and facilities, individual faculty members and directors must be approved by the BRN in order to teach theory, clinical and lab courses, Dunker said.
Faculty databases, including continuing education courses, require submission as well as curriculum plans. The nursing website and course catalog are assessed for accuracy.

In April, PUC’s nursing department received the recommendation from the BRN -- 100% compliance and not one citation. The review described PUC as having a “stellar” nursing program.

A month later, on May 18, the BRN gave its official and full approval.

“We were so excited,” said Dunker, of the faculty and staff when they heard the news.

Dunker said the BRN’s approval is even more significant than its praise for their current program. It provided the green light for the AS program for the next five years and granted permission to grow the nursing student body -- 27 students for Angwin and nine for Napa’s campus. It also allows the college to expand its nursing department by adding additional programs and nursing tracks.

“We continue to graduate excellent students ready to successfully complete and pass the NCLEX and move onto their bachelors and eventually their masters in nursing,” Dunker said.