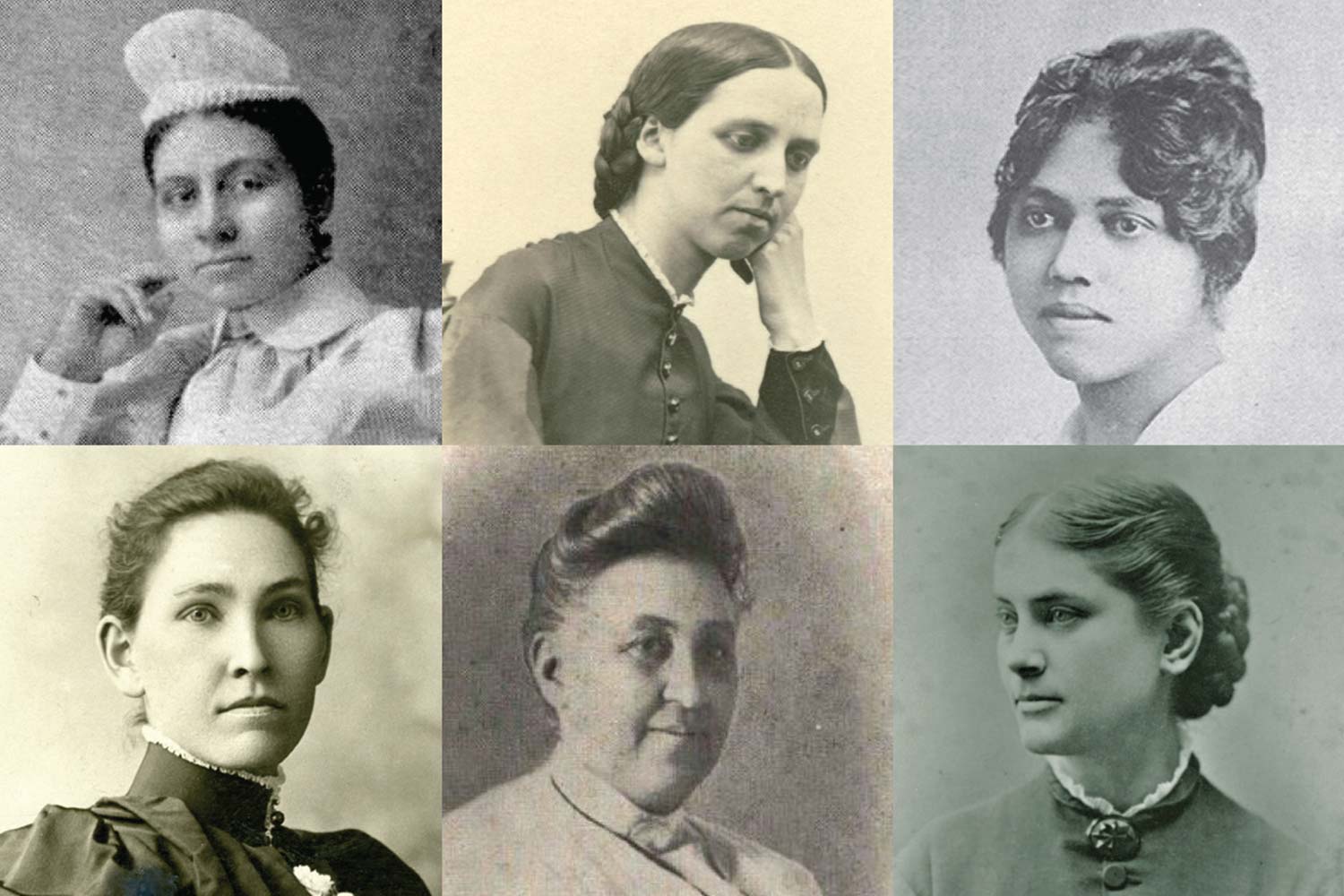 Maud Sisley. Alma McKibbon. Ruth Temple. Adventist women of firsts. Pioneers in mission, education and healthcare, they were once household names. But their stories stopped being told -- buried by time and societal change from the church’s collective memory.

As Dr. Jim Wibberding, professor of applied theology and Biblical studies at Pacific Union College, studied the church archives, he discovered the names of women he’d never heard of before. Wibberding was surprised to learn that there were so many women “prominent in shaping Adventism as we know it today.”

Starting with 50 names, Wibberding organized a course on the History of Adventist Women, dedicated to telling the stories of female leaders who shaped the church’s faith and mission. He invited 14 additional Adventist historians to be guest speakers.

Choosing which women’s biographies to share proved difficult. A dilemma arose, Wibberding said, when almost every presenter had other forgotten female figures to add to the list from their own primary document research.

The problem of underrepresentation of women in history is not singular to the Adventist church.  Women have been overlooked throughout United States and world history. Across the globe, there are concerted efforts to fill these gaps. The first step toward that goal, historians concur, is research and storytelling.

To a class of 25 students, Wibberding and the other historians told stories and shared photographs of over 30 remarkable Adventist women and recounted their often uncredited contributions to the church and its mission.

Maud Sisley left her hometown of Battle Creek, struck out on her own and started mission work in Ohio then onto Switzerland, England, South Africa, Australia, and beyond. She helped introduce Adventism around the world.

Flora Plummer was “an architect of Sabbath School as we know it today” and served for decades as the sole woman on the General Conference Executive Committee.

Ruth Temple was the first Black woman to graduate from Loma Linda University. From there she devoted herself to helping low-income underserved communities in Los Angeles receive free and affordable healthcare. Temple opened the first medical clinic in Southeast Los Angeles. Her leadership there,  according to historian Dr. Benjamin Baker, eradicated more than one epidemic – including an outbreak of the plague.

Why were these women marginalized? Dr. Michael Campbell, historian and religion professor at Southwestern Adventist University, told the stories of 12 women to Wibberding’s class. Following that experience he wrote a reflection on the major themes that emerged from his research. Campbell said there are several reasons for women being overlooked or omitted from Adventist history.  “Part of it,” he said, “has to do with the [culture] of domesticity and the rise of fundamentalism that eclipsed women in ministry within the church.”

Some missionary women married and their husband’s stories were glorified without any mention of their contributions. Ana Stahl was initially denied entrance to Battle Creek College because she was already married with a child. Evangelist and pastor Minnie Sype was served with retirement papers from the conference because she remarried at 61 and “had a man to care for her.”

However, like other significant women in our nation’s history, these Adventist leaders found ways to work around gender discrimination. Many female missionaries were especially effective at converting women in other cultures.

Campbell also notes that the Great Awakening created an avenue for women to become Adventist leaders. “Ellen White was actually part of a larger group of women who provided support, evangelism as well as leadership,” he said. She herself advocated for women and their leadership roles in the church.

Wibberding agreed. It was in the decades following White’s death “when Adventism moved away from gender equality and women’s stories stopped being told,” he said.

Students were not just passive listeners in Wibberding’s class. They became storytellers themselves. Each one chose and researched a female Adventist leader and then wrote and submitted a short biography for the Encyclopedia of Seventh-day Adventists.

Ashley Garner, a sophomore studying psychology and English, enjoyed the exploratory part of the class. “We had the chance to not only uncover, but share their history for one of the first times,” Garner said.

Garner researched and wrote about Dr. Theresa Kennedy. A missionary, nurse practitioner and professor, she chaired the nursing departments of three Adventist colleges.  In addition to her work, she was a classical pianist.

Like other important Adventist women in history, Kennedy in her lifetime did the work of many people.

“The Adventist Church has always been made up of a majority of women, many of whom have worked within their ability and influence for the mission of the church,” Campbell said. “We need to be intentional in telling their stories.”

Twenty of the PUC students in Wibberding’s class submitted articles to the online encyclopedia, making a significant contribution to scholarship. In researching primary documents from around the world and publishing the stories of extraordinary women, they became active participants in restoring these names to the pages of Adventist history.