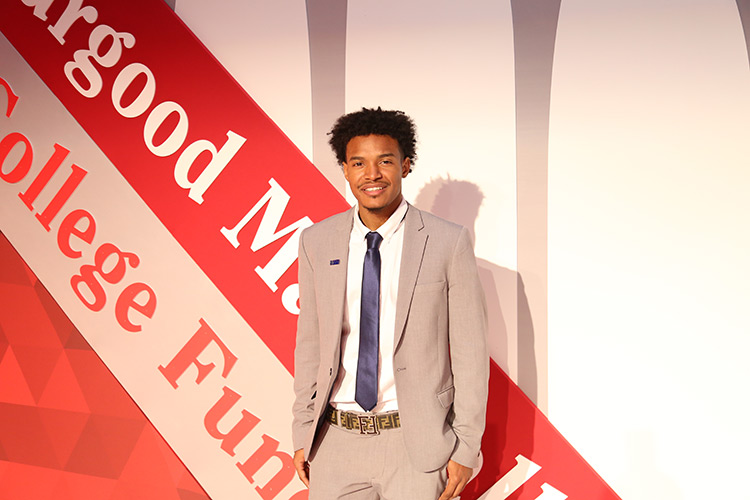 This story was originally published in PUC's Campus Chronicle.

Mitchell did two video interviews and two in-person interviews before the conference board made the final decision to invite him. The all-expenses-paid trip included five nights in the Washington Marriott Wardman Park and meals that Mitchell describes as “too bougie”— multiple forks and all.

Where His Passion Started

Raised in New York—South Bronx, to be specific— Mitchell emphasizes the importance of pointing out his neighborhood because of hometown pride, and to acknowledge the impoverishment. Although many of his friends passed away or were incarcerated, Mitchell always knew he was different.

“There was violence in my neighborhood every day. So I made a change. I wanted to get my family out,” he explains. “I just don’t want kids to go through what I went through.”

His altruism and passion for business rightfully earned him a spot in the D.C. conference—a chance to network with people who could help him make a difference back home.

The conference offered networking opportunities with both businesses and graduate school recruiters. Fortune 500 companies like AIG, Boeing, Wells Fargo and JP Morgan Chase had representatives either network with students, or give talks on what it takes to be financially successful. Mitchell says some interviewers even gave him their personal cell phone numbers, for future reference, post-graduation.

The third day included Mitchell giving a presentation about financial literacy in front of thousands of people.

“Financial literacy is how to create wealth and generational income. It’s how to give back to your community by teaching how to invest in different types of aspects like properties and stocks,” he says.

His impoverished neighborhood, though currently on the other side of the country from PUC, still sits at the forefront of his mind in all of his studies. Mitchell believes that getting out of a bad situation is not enough, and that people should go back and help. “Remember where you came from,” he says.

By making valuable connections at the conference, Mitchell hopes his networking will help him in his goal to start his own nonprofit back in South Bronx. The organization would help people by giving them business advice, thus breaking intergenerational poverty.

He believes that by working hard himself, other people will see him and want to emulate. He emphasizes the need to keep his organization at no-charge, because, “I feel like you shouldn’t have to pay for knowledge.”

How PUC Has Helped

Now back at school, Mitchell is grateful for the SDA school environment, even though he is not Adventist himself. “I can contemplate here. Other schools have parties and other distractions. But here, I have a clear mind,” he says. “I play basketball and I study. That’s all I can do. It gives me a sense of urgency to really get stuff done.”

But despite his hard work ethic, Mitchell still feels the student athletes are misrepresented on campus. He wants to change the narrative that athletes or people from his type of community only come to school because of athletics.

“Where I come from, people only know three things: violence, drugs and poverty,” he says. “I come from the worst part of my city, yet I’m successful in academics.”

He invites everyone not to look at student athletes from the outside, otherwise there will never be a full understanding of them.

“I just want people on the same page as me who want to better themselves,” he says. “I don’t care where you come from, just try to better yourself.”