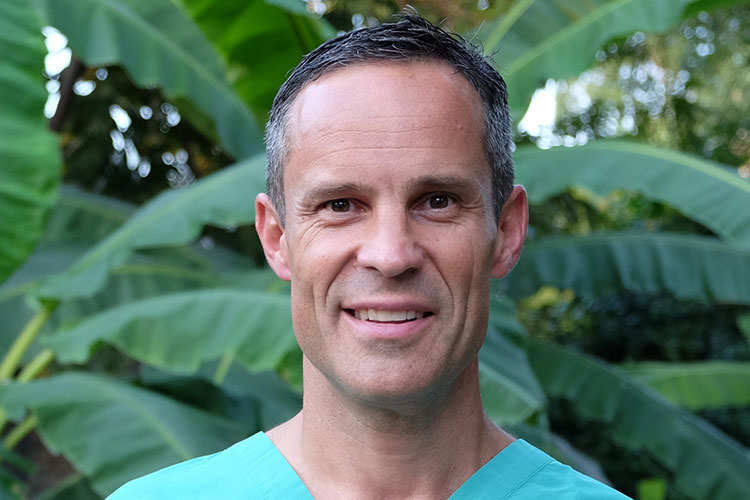 Colloquy on Feb. 21 marked a special visit from orthopedic surgeon and medical missionary Scott Nelson. The father of a current student and a PUC alum himself, Nelson spent his time onstage encouraging students to step outside of their comfort zones and participate in Christian service, using anecdotes and experiences from his own life to explain why mission work is a crucial aspect of Adventism.

Nelson shared some of the more poignant memories of his time on the island of Hispaniola, notably his involvement with relief work after the 2010 earthquake that threw the country of Haiti into chaotic devastation. Overwhelmed by the sheer number of injuries he witnessed in first few days after the disaster, Nelson decided to extend his time in the country from a few days to nearly six months.

“We began operating throughout the day and night,” he noted. “During that time, I was not in control, I was far from the normal support of family, and I just had to depend on God. Living there for those six months taught me what was essential in life.”

He went on to compare his story to that of Abram in Genesis. Nelson explained that, like the biblical patriarch, he felt called to uproot his comfortable life and set out to take unimaginable risks in order to share the resulting rewards with those around him.

“We have each been given different skills and a different calling in life,” he said, “and that is not simply to do something great for ourselves; it is to build up the body of Christ.”

He continued, “Maybe you already know what your gifts are, and maybe you are still trying to figure them out. But I fully believe if you commit yourself to serving God and others, your gifts will be revealed.”

As he moved toward his conclusion, Nelson prompted the audience to focus on those aspects in Adventism that strengthen the mission of the church.

“Service,” he cited, “Is the least controversial topic in Adventism. Don’t let yourself become derailed by arguments within the church; they all pale in comparison to loving Jesus and serving others.”

Currently, Nelson works at the Adventist Mission Hospital in Haiti. He and his wife, Marnie, moved there roughly three months ago, and despite recent civil unrest, they continue to serve the community with excellent medical care and spiritual support, and plan to do so for the foreseeable future.