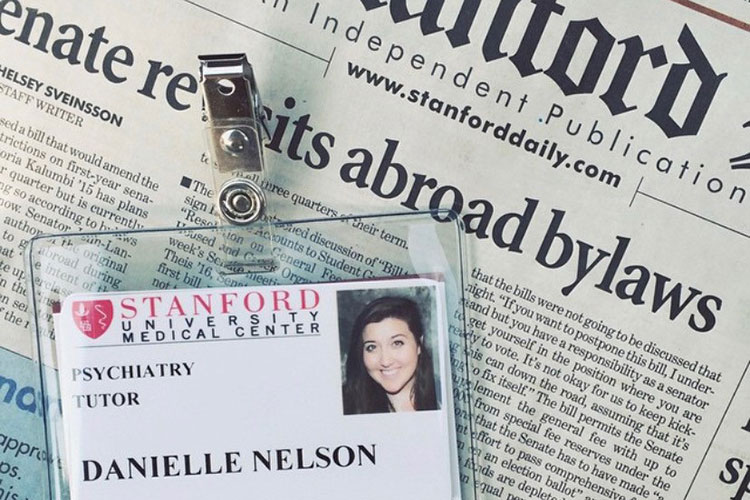 Reflecting on her time at PUC, Nelson recalled the training she received in the fields of statistics, clinical work, and research as being on-par with the instruction her peers from Ivy League institutions received.

“I worked closely with Dr. Bruce Bainum on a research project that examined social eating behaviors in women,” she says. “We went on to present the project at the Western Psychological Association Conference in 2014 and won the Psi-Chi regional award for the research. Many undergraduate students do not have the opportunity to helm research in such a substantial way, but PUC provided that opportunity, which helped me monumentally in my doctoral training.”

In regards to her time at Stanford and the Children’s Hospital, Nelson quickly climbed the ranks to work as a neuropsychological assessor for children with learning disabilities in mathematics, and worked in the pediatrics department at the L.A. hospital in the Assessment, Consultation, and Evaluation track.

Nelson’s choice to pursue a Ph.D. was also largely influenced by her experiences at PUC.

“After working with my professors at PUC,” she notes, “I realized how important it is to be a relevant consumer and producer of research which led me to pursue a Ph.D. as opposed to another type of degree.”

“Ideally,” she adds, “I would be working in an academic medical center of some sort where I am able to work on a medical team in pediatrics while also conducting research projects with students.”

As she looks toward an exciting and innovative career, Nelson recognizes the importance of enjoying the journey towards one’s goals.

“You only have one shot at your life,” she advises. “Get done what you need to get done, but make sure you don't lose sight of yourself while pursuing your education and goals. I'm so grateful for my education but even more grateful for the memories I made along the way.”