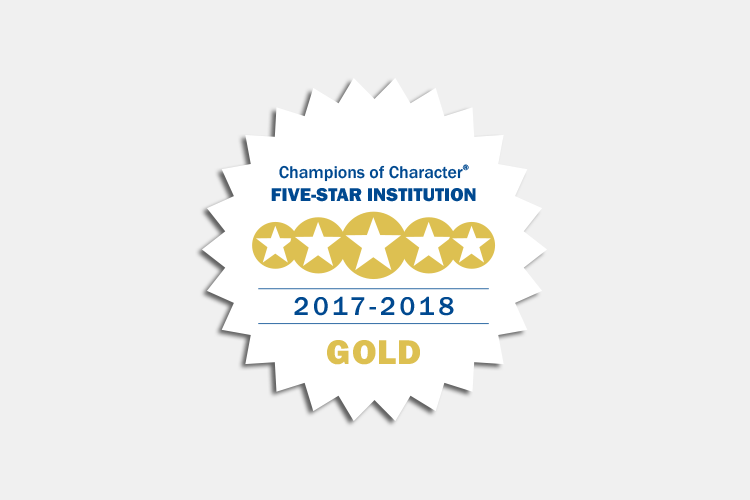 The National Association of Intercollegiate Athletics (NAIA) has released its Champions of Character Scorecard for the 2017-18 season, and Pacific Union College has again received Gold Status.

Every year, each NAIA institution and conference demonstrate their progress in pursuing character-driven athletics. The Champions of Character Scorecard measures growth in training, promotion, conduct in competition and commitment in five key areas with a possibility of earning 100 points. Institutions can be recognized as Champions of Character Five-Star Institutions at three different levels: Gold (90-100 points), Silver (75-89 points) and Bronze (60-74 points).

This year 171 NAIA institutions earned the Five-Star Institution Award, including 74 at the gold distinction level, one of which was Pacific Union College.

“All of the credit for achieving NAIA gold level status goes to the athletes, coaches, and athletic director from last year,” acknowledges Ralph Perrin, PUC’s new athletics director since September of this year. “The NAIA and the CalPac Conference have put a lot of emphasis on the development of a lifestyle in athletes that helps them live at a higher level of moral discernment and engagement. This is a natural fit for the ethos of PUC and the cultural change that President Cushman is leading on our campus.”

To view the full rankings of this year’s Champions of Character, visit naia.org.