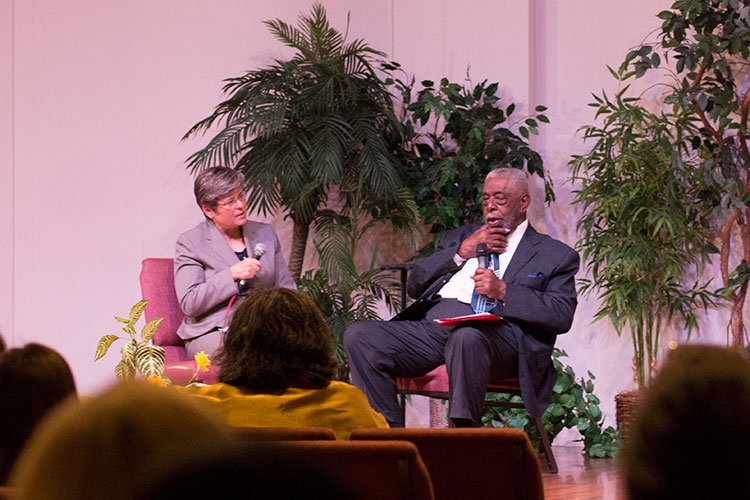 John, Percy’s son, was academic dean and professor of history at PUC (1972-1977, 1994-2000). Like his father, he was also deeply committed to racial equality. He also served as an influential professor at Walla Walla University, Atlantic Union College, Andrews University, and Columbia Union College.

Jennifer Christian Newton shared, “My mom and I have been dreaming, talking, planning, and working for over two years to find a way to honor my dad and grandpa and also have a way to continue their legacy of working for racial equality. Ultimately our hope is the Center, lecture series, and the research collection will enable former, current, and future students to learn from the past and take action to ensure individuals will not ‘be judged by the color of their skin, but by the content of their character.’”

Each year, the Center will sponsor a lecture with the goal of examining the past, assessing the present, fostering positive action. This year, Dr. Terrie Dopp Aamodt, professor of history and English at Walla Walla University, spoke about honored guest, Donald Blake, and his inspiring career in education, calling him the “Adventist academic Jackie Robinson.” She argued, “We must never forget what visionary leaders have done to show us the way to a more courageous future.”

During the question and answer section following the lecture, Blake spoke about the obstacles he and his family faced during his early career and how his mother’s strength and perseverance was an inspiration to himself and his siblings. His youngest brother attended the presentation and also shared stories about how their mother influenced on their lives.

While on campus, Dr. Blake visited with many PUC students and faculty members. He attended a business management class, a number of religion classes, and a special reception hosted by the department of biology. He also was the guest lecturer for the department of social work’s Racial and Ethnic Relations class, where, “He shared his personal story and experiences of racism and discrimination, but also how his faith in God helped him triumph through adversity,” said professor Allison Musvosvi. “Dr. Blake helped to shed light on the the nature of race in American society. It was truly a pleasure to have Dr. Blake in our class, his wisdom and message was very welcomed by the students.”