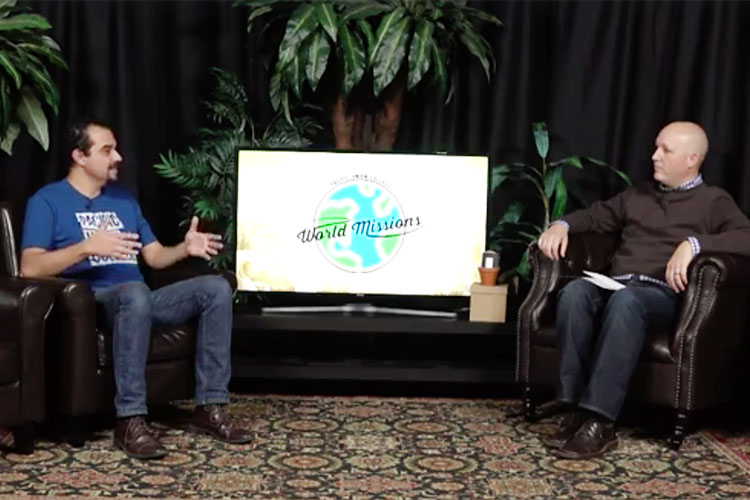 On Friday, December 2, the office of service,justice, and missions at Pacific Union College held the college’s first everFacebook live event, featuring staff and students who have served or arecurrently serving as missionaries around the world. The broadcast has beenviewed several thousand times and generated many thoughtful responses,spreading awareness of the incredible service PUC students are engaged in.

Hosted by Doug Wilson, director of studentactivities at PUC, the broadcast began with an interview with Fabio Maia, PUC’sservice and missions coordinator. Maia shared an update about service projectsplanned for 2016-2017 school year, including PUC’s Homeless Ministries andRebuilding Calistoga initiatives. PUC’s annual mission trips to Brazil and Fijiwere also highlighted. “We try to make sure all students have a chance toparticipate in missions,” he says. He also intentionally plans for missiontrips in places where PUC students are serving as long-term missionaries, tofurther assist the communities in those areas.

“I’m so proud of our student missionaries,task force workers, and all those who are choosing to participate in short termmissions or local mission projects,” said Lisa Bissell Paulson, vice presidentfor student services, following the broadcast. “Our commitment to service isstrong at PUC and I’m amazed at how much our students do even on a daily and weeklybasis.”

During the live broadcast, Wilson escortedviewers through the Compassion Experience event, an interactiveexhibit set up on the campus December 2-5. Produced by Compassion International, severalPUC students also volunteered their time to staff the exhibit, which providedvisitors a glimpse into the life of a child living in poverty in a third worldcountry. Participants saw how a sponsorship can change the trajectory of achild’s life. Over 1.9 million children in 26 of the world’s poorest countrieshave been helped by the organization’s efforts. In direct response to the eventat PUC, close to 100 children found monthly sponsors.

There are many other exciting service projectsplanned throughout the school year. For more information, or to donate toprojects, visit the office of service, justice, and missions’ Pure Charity website or call (707)965-7190.