Named after the late Dr. Malcolm and Eileen Maxwell, the beloved former president and first lady of PUC, the Maxwell Scholars Program is the most prestigious scholarship the college offers. Now in its eighth year, it is awarded to five high school seniors in recognition of their academic achievement, outstanding leadership experience, and a commitment to Christian service. Applicants must meet certain GPA and test score requirements, and submit an application that includes a resume, essay, and letters of recommendation. This will be the first year the award will cover full tuition for four years, valued at approximately $112,000. 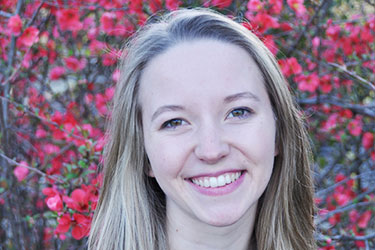 Taylor Bothwell of St. Helena, Calif., has spent her time at Pacific Union College Preparatory School heavily involved in athletics and student government, in addition to excelling scholastically. For her junior and senior years, she served as captain of both the varsity basketball and volleyball teams. Taylor has held various positions within the school’s Student Association, including yearbook co-editor, executive vice president, chair of student senate, and president, as well as representing her fellow students to the PUC Prep Board. She gives back to her community by tutoring peers in math and science, volunteering at her local library, and working as the assistant coach for the Pacific Union College Elementary girls’ basketball team. “Taylor has shown amazing commitment to Christian service. Her attitude is one of service and she is consistently looking for ways she can better her community,” says youth pastor Jennifer Woody. 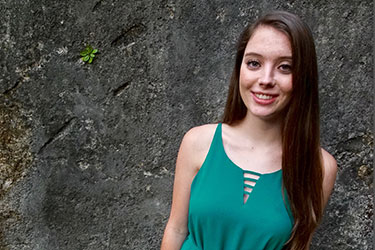 A senior at Hawaiian Mission Academy, Lydia Earles of Kailua, Hawaii, is a dedicated leader committed to improving the lives of those around her. Principal Roland Graham says, “Lydia has shown tremendous resolve to excel and deliver outstanding results. Her character has been a model for other students and she has been a joy to teach.” For the past two years, she has been an active ambassador on the Teen Advisory Council for the Hawaii Meth Project, which aims to address the drug epidemic in the state. Lydia has also served as religious vice president and the National Honors Society president at HMA, as well as media director and captain of both the varsity basketball and volleyball teams. She is the founding coordinator for Dream Catchers, the young women’s ministry group at Kailua Seventh-day Adventist Church, and has spent time in the Dominican Republic and Panama with Maranatha Volunteers International on several mission trips. 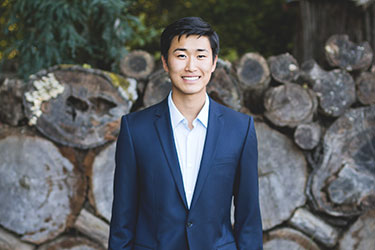 Christian Im is a four-year National Honors Society member who has attended academies in Tennessee, Washington, and California. Christian has excelled in athletics, music, and academics at three high schools: The McCallie School, Bellevue Christian School, and PUC Preparatory School. A valued member of his high school tennis, basketball, and football varsity teams, Christian also earned MVP and Best Defensive Player runner-up at the NBC Basketball Clinic in the summer of 2015. He was selected to the Clinic’s All-Star team and their international travel team. Brandon Kats, Christian’s varsity basketball coach at Bellevue Christian School, says, “I was very impressed with his work ethic and discipline. … He was the ultimate team player and consistently led with his actions.” Christian is also involved in several ministries, including working with the elderly and homeless, and has lent his musical talents as a pianist for Cradle Roll Sabbath School and PUC Prep’s advance choir Volante. He was also a violinist for a production of “Fiddler on the Roof.” This spring, Christian will graduate from PUC Prep. 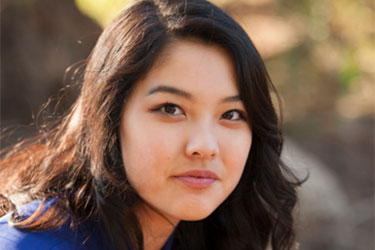 Hailing from Redlands, Calif., Cheryl Wang has made a lasting impression at Loma Linda Academy, where she is senior class president. She has also served as campus ministries director and the student representative on the school’s WASC Leadership Committee. For all four years in academy, she has been a member of LLA’s advanced choir Pro Musica. Since 2014, Cheryl has been a National Honors society member. “Because of her commitment to being a good leader and role model for others, every action she takes and word she speaks represents the highest of etiquette and Christian values,” says Lynne Hattendorf, guidance counselor at LLA. Outside of school, Cheryl is actively involved with the Mission Road Church of Seventh-day Adventists, where she is a Youth Council member and praise band leader. She served as Vacation Bible School director last summer. She has also accumulated an impressive 150 volunteer hours with Kaiser Permanente. 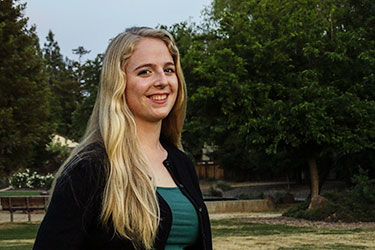 A homeschool student from the R.W. School in Davis, Calif., Adrienne Weiss has had an extraordinary high school experience. She has visited such places as Cuba, the Galapagos Islands, Panama, and Zimbabwe, to name a few, on mission trips. Adrienne has been involved with the Hanneke & Co. Ballet since 2002, performing a variety of roles in productions including “The Nutcracker” and “A Midsummer Night’s Dream.” Since 2010, she has been the principal violist for the Sacramento Youth Symphony, and serves as mentor within the organization. An accomplished writer, Adrienne has also been published many times in “Davis Life Magazine.” She is a youth leader at the Carmichael Seventh-day Adventist Church, and regularly volunteers as a leader at Northern California Conference youth events. “Adrienne seeks to grow and to serve on a consistent basis, as an individual, in small groups, and in large group settings. And she continues to look for additional arenas in which she can further develop her talents and service,” says pastor Steve Case.

Each year, PUC awards over $40 million in financial aid to approximately 1,600 students. Learn more about the college’s scholarship opportunities at puc.edu/scholarships or call the Student Financial Services office at (800) 862-7080, option 1.