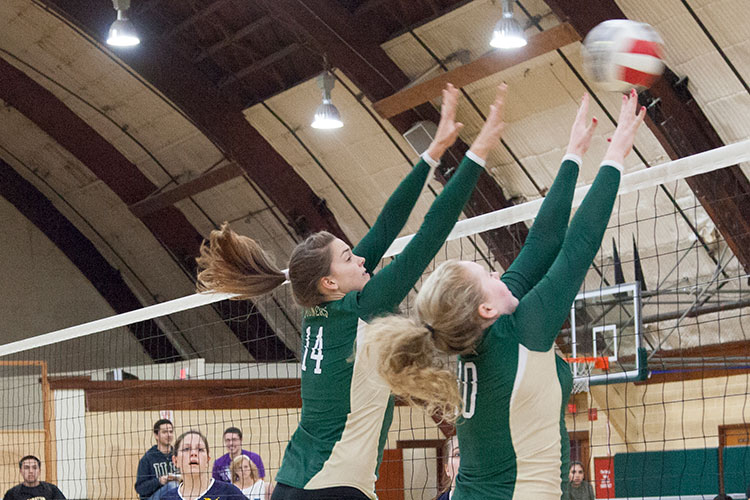 Pacific UnionCollege’s women’s volleyball program is excited to announce off- season campsand clinics for girls from Napa County between the ages of nine and 18. Headcoach Brittany Brown and PUC collegiate players will host two Sunday clinicsand a week-long summer camp focusing on the fundamental skills of volleyballfrom beginner basics to more advanced levels.

Brown, a Calistoga,Calif. native, was voted 2013 California Pacific Union Conference Coach of theYear. In her four years as head coach at PUC, Brown led the women’s volleyballto a stellar record ending in league championship contention in the 2013season.

A 2005 NapaCounty Player of the Year, Brown played collegiate volleyball at Azusa PacificUniversity, competing in the NAIA national tournament in every season sheplayed. Brown has coached for NBC volleyball campus, at high schools, and athigh level club programs. During her club coaching years she spent timeteaching private lessons and collaborated with world-class coaches.

Brown now bringsher incredible coaching experience to the Napa Valley by leading these clinicsand campus. “Camps and clinics are a great way to get involved with the localcommunity and promote the sport of volleyball,” she says. “Coaching theseclinics and camps keeps PUC volleyball engaged and sharp as we pursue theChampion of Character and our own growth toward becoming well-roundedathletes.”

The firstvolleyball clinic is on Sunday, April 27, from 2-4 p.m. in the PacificAuditorium. Girls between the ages of nine and 18 are encouraged to register byApril 20. The registration fee is $40.

For registrationforms, medical release papers, and any other inquiries, please email or callBrittany Brown at bjbrown@puc.edu or707-965-6349. Registration forms are also available at Carnegie Hall in St.Helena and at PUC’s Pacific Auditorium.