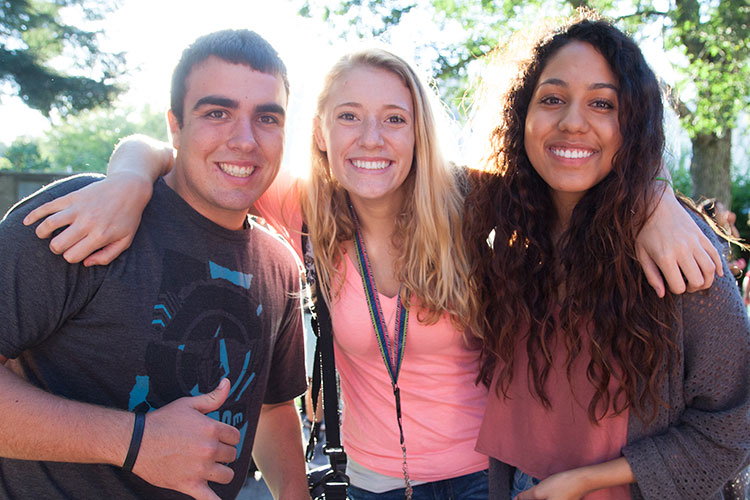 Pacific Union College is proud to have been recognized by multiple organizations for providing exceptional return on investment in rankings that identify the colleges where degrees pay off the most. The recent rankings confirm that the college is fulfilling its mission of providing an excellent and affordable Christian undergraduate education that prepares students for a lifetime of service in the career of their choice.

In July, Affordable Colleges Online (AC Online) ranked PUC 22nd out of over 767 California colleges and universities, including private institutions and state schools, analyzed for return on investment (ROI). The ranking demonstrates that students who graduate from PUC enjoy a greater earnings gap than students without a four-year degree; PUC’s placement in the top three percent shows that its alums earn more on average than graduates from most California colleges. AC Online’s ranking is based on net tuition prices and graduate’s average starting salary, and used criteria from national sources such as the National Center for Education Statistics (NCES) and Integrated Post-Secondary Education Data System (IPEDS).

Further recognition came in September, when PayScale, a provider of compensation data, ranked PUC in the top 15 percent of colleges on its national 2013 College Education ROI Rankings; PUC was the highest-ranked Adventist college on the list. When PUC’s generous financial aid offerings were taken into account, graduates could expect to enjoy an annual return of 7.9% on their higher education investment. As high school students and their families consider the time and resources that four years of college requires, these numbers are a fantastic indicator that a PUC education pays off in the long run.

Providing an education that supports students in their current academic growth as well as their entire professional career is the goal of PUC’s administration. “A personalized, wholistic education, where students learn by doing, talking, listening, and spending time with professors, other students, and committed Christian staff members in a stunning natural environment—this is priceless, yet by God’s grace we work to provide it affordably. It’s really a sort of miracle,” says Nancy Lecourt, academic dean and vice president for academic administration.

Families have much to consider when evaluating college options, and selecting a college that will provide real value—not just a diploma—is a priority. “As an administrator at PUC and the father of two current PUC students, these recognitions are validating. Professionally, I now have proof that our efforts to keep a PUC education within economic reach of our constituents are paying off,” shares Dave C. Lawrence, vice president of financial administration. “Not many schools in our region can say they offer quality education that is also affordable, and have independent validation to prove it.”

In September, PUC was again placed on U.S. News & World Report’s list of America’s best colleges and universities in the national liberal arts college category; PUC is the only Adventist college competing in this category, which includes institutions such as Williams and Amherst Colleges. In addition, U.S. News ranked the college as the third most ethnically diverse liberal arts college in the nation. This ranking reflects the diversity of PUC’s California location and the ethnic spectrum within the membership of the Pacific Union Conference of Seventh-day Adventists.

“As a parent, I’m confident my sons’ educations make economic sense. I want them to have a quality education in a nurturing environment where they learn to love Jesus more,” concludes Lawrence.