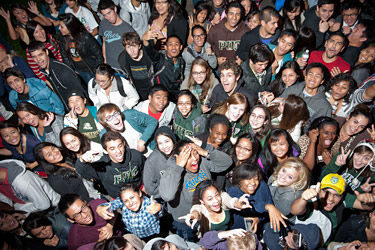 U.S. News & World Report ranked PUC the second most ethnically diverse liberal arts college in the nation, in the magazine’s annual list of the best colleges and universities released last week. The ranking calculates the proportion of minority students among the student body, excluding international students.

Hispanic students make up the largest single minority group, according to the report.

PUC administrators celebrated the distinction as an unique educational advantage. "Living, working, and studying collaboratively with people who come from a variety of backgrounds gives students an opportunity to learn about people, ideas, and cultures, and to think critically about new ideas," says academic dean Nancy Lecourt. “It also helps prepare them for the current working world, where they often find themselves working on teams with people who are quite different from themselves.”