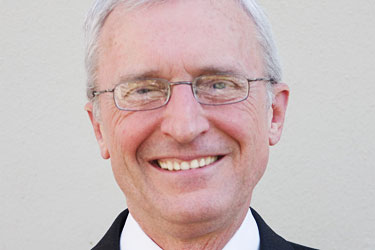 On April 9 and 10, 2009, the Pacific Union College Board of Trustees met in executive session to discuss the results of a commissioned Study Committee report. The report, written by a special committee of faculty and staff, had recommendations on how to strengthen specific programs and departments, better preparing PUC for continued success in the future. The study committee was formed in November 2008 at the request of PUC president Richard Osborn with the board's unanimous support; the group spent four months interviewing employees and reviewing programs.

After careful consideration, the board of trustees and Dr. Osborn agreed that new leadership would best serve the college as it looks to addressing some of the recommendations, which lists both challenges and opportunities for PUC. On April 9, Dr. Osborn tendered his resignation as PUC president, effective June 30, 2009; the board accepted the resignation.

"On behalf of the Board of Trustees of Pacific Union College, I would like to commend Dr. Richard Osborn for the selfless ministry of leadership he has provided for PUC during the last eight years," said board chair Ricardo Graham. "The benefits of his leadership will be felt for years to come. We ask the entire constituency of Pacific Union College to pray for God's guidance as we seek the right person to lead this esteemed Seventh-day Adventist educational institution into the future."

The search process will begin immediately with Dr. Graham chairing a committee consisting of board, faculty, and staff members.

Dr. Osborn released a statement to the campus last Friday; in his letter, Dr. Osborn said "Eight years ago Norma and I enjoyed the honor of coming to this campus and community. "We have reminded ourselves that we will never live in such a beautiful place the rest of our lives and will leave with positive memories and thoughts about our wonderful college. May God bless each of you and the search process as we move forward."

Dr. Osborn came to PUC in 2001; prior he was vice president of education for the North American Division of Seventh-day Adventists. During Dr. Osborn's tenure, the college continued in its tradition of outstanding, Christ-centered academics through consistently high rankings in national college journals; the largest number of graduates into medical and dental programs among Seventh-day Adventist high education institutions; numerous acceptances of our students into the nation's best graduate schools; and the countless students who have chosen to lead lives of service.

As the college navigates through this significant transition, the Board of Trustees is committed, more than ever, to the continued success and prosperity of PUC.