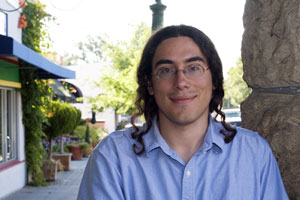 For the second year in a row the St. Helena Star was named one of the state’s best newspapers by the California Newspaper Publisher Association. According to the paper’s editor, this year’s win was due in large part to the reporting skills of PUC alum Jesse Duarte.

In an article entitled “Star Again Honored for Excellence,” St. Helena Star staff writer David Stoneberg details the awards and specifically credits Duarte for the Star’s success. Also, Stoneberg quotes publisher Doug Ernst as saying that Duarte’s article in the December 28 edition was ‘insightful’ and that “Jesse tracked down the story and did a wonderful reporting job.”

The newspaper received several awards for its stories of news events in 2006 in a competition in which there were about 300 daily and weekly newspapers entered. Among the awards received was an award for general excellence for a weekly paper with circulation under 4,300.

The Star received the General Excellence award for the December 14, 21 and 28 editions. Featured on the front pages of the winning editions were a piece about the lack of flood funding in St. Helena, coverage of a trial in which a judge ruled against Peter Mennen in a dispute over Sulphur Creek, and an article about Mennen’s environmental support from the Living Rivers Council. All three of these articles were written by Duarte.

Duarte is proud of his accomplishments. “It felt good to know that I had written those stories and that I had played a significant part in getting the award,” he said.

Despite his growing success, Duarte does not have aspirations of becoming a big time news reporter; he loves small town America.  He believes that his most important jobs as a reporter are to keep the community informed and to keep an eye on local government. In the future Duarte sees himself as a reporter, in a small town, continuing to serve his local community.
Prev ArticleNext Article