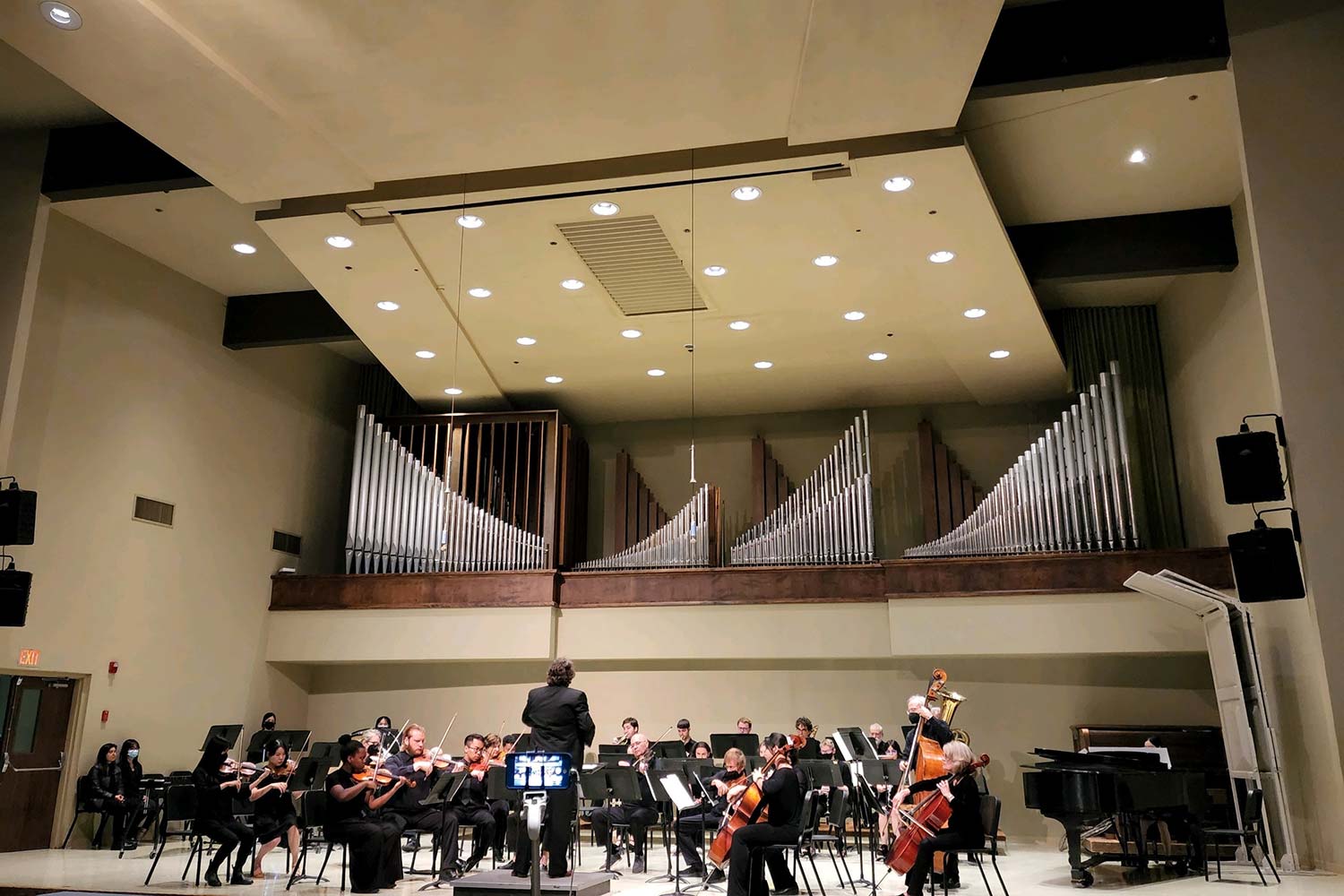 Since arriving at Pacific Union College in 2006, Asher Raboy has worked to build connections between the college’s music program and the Napa Valley community.

Raboy, the chair of the music department and PUC’s resident artist in music has composed original works for students and brought diverse musicians to perform on campus.

A $150,000 donation from the former local nonprofit, Angwin Community Ambulance, will help PUC renovate the main auditorium in Paulin Hall, home to the college’s music department.

The renovation work, conducted in two phases, will include new seats and paint along with needed wall repairs. New carpet with thick padding and vinyl hardwood flooring for the stage will help improve the auditorium’s acoustics.

The hope is for the project to be completed by early 2023, just in time for PUC to debut a student-led theatrical production -- an original musical written and scored by Assistant Academic Dean Lindsey Morton.

To many, the work might seem simply cosmetic. But not for Raboy.

Raboy, who directed the Napa Valley Symphony for nearly two decades, talks of the project with the same passion you might find him talking about Brahms or a new symphony or choral work.

He exudes warmth, and his love for music, his students, the college, and the community are palpable when he talks about the project.

The Paulin Hall work, Raboy said, will turn the auditorium into a “treasure for the whole Napa Valley area.”