PUC Ranked #1 in the Nation for Ethnic Diversity by U.S. News & World Report 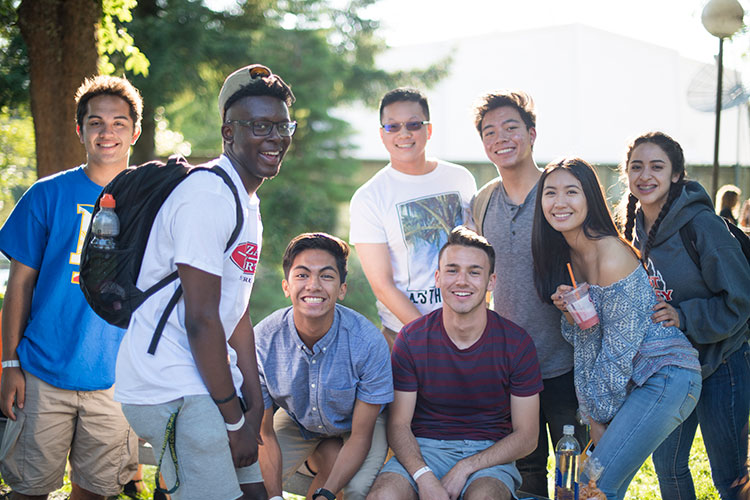 While many institutions around the country are struggling to diversifytheir campuses, Pacific Union College has been named the most ethnicallydiverse National Liberal Arts College in the nation, according to the newannual rankings of best colleges released by U.S. News & World Report. PUC has previously ranked second andthird in this category.

“PacificUnion College in honored to be recognized as the #1 most diverse NationalLiberal Arts College in the entire country,” said PUC President Dr.Heather J. Knight. “We believe that we have achieved this exemplary level of diversitybecause we are privileged to be part of a dynamic global church whose messageis relevant and attractive to all kindreds, tongues, and nations. Furthermore,we highly prize our very special young people who are truly living out thevision of the Beloved Community as they study, worship and play together. Inthis diverse setting, they are also learning the essential skills ofintercultural competence and global understanding, which is so highly valued inthe workplace today. Therefore, we fully expect our graduates to go forth assuccessful peacemakers and light in the world.”

The 2017 rankings arebased upon information submitted by colleges for the 2015-2016 academic year.For the diversity category, the ranking calculates the proportion of minoritystudents within the student body, omitting international students, and awardsinstitutions a score ranging from 0.0 to 1.0 on the diversity index. The indexmeasures the probability that any two randomly chosen students from a givenschool are of different races or ethnic groups. The closer a school is to 1.0,the more diverse the student body. PUC scored 0.76, with the largest minority populationbeing Hispanic. Tied for second place were Salem College in North Carolina andSoka University of America in California, both of which received a score of0.72.

The college sees itsethnic diversity rating as a unique educational advantage for students,providing them with an environment where they are able to both live and learntogether with students different from themselves, from a variety of culturalbackgrounds, helping to prepare them to work in today’s global, multiethnic society.

In large part, the college’sdiversity ranking is due to over 80 percent of the students at PUC beingSeventh-day Adventist. According to a 2015 study by the Pew Research Center,the Adventist Church is the most racially and ethnically diverse religiousgroup in the country. On a diversity index scale of one to 10, Adventistsscored a 9.1, with 37 percent Caucasian/non-Latino,32 percent black or AfricanAmerican, 15 percent Hispanic/Latino, eight percent Asian, and eightpercent another race or multiracial.

Historically, PUC hasalways been committed to diversity. In 1883, just one year after its founding,the college admitted Charles Kinney, a young black man who, for two years,studied on the Healdsburg campus at a time when such things were unheard of. Kinneywould go on to be the first ordained black minister within the denomination,and helped start five of the first six black Adventist churches in the U.S.

Today, as the latestranking from U.S. News & World Reportshows, the college continues to have a multiethnic campus, as a reflection ofthe world church and ultimately God’s Kingdom, while seeking to produce Christ-likemen and women to lead productive lives of useful human service anduncompromising personal integrity.

Out of PUC: Where Our Grads Are Now