Led by Faith: Tad Worku and the Love is All Concert and Clinic 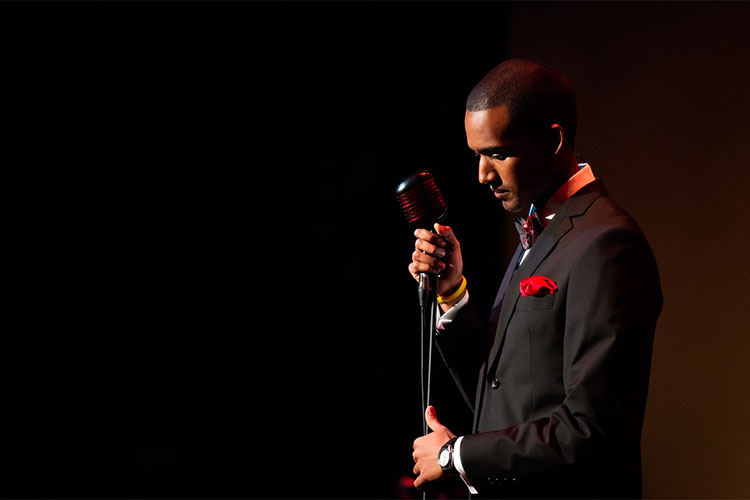 Tad Worku’s dream was a familiar one for aspiring musicians: fame, fortune, success. The talented vocalist and composer was on verge of his big break when he truly felt the power of the words of Mark 8:36.

“For what shall it profit a man, if he shall gain the whole world, and lose his own soul?” (King James Version)

Worku’s song “Me” tells the story of that realization, with a chorus that builds on the refrain, “When I lost the world what I found was me.” (Watch the video.) Worku has found new purpose by using his talents as a musician and a nurse to organize a concert and a clinic that are the beginning of an exciting journey that he hopes will help answer a question that’s deeply important to him, “What would it look like if we could truly live out the Gospel?”

On February 28, the Love is All Concert and Clinic will answer this question through a medical and dental clinic for the clients of several local homeless shelters. The proceeds from the evening’s concert, which will feature with the Oakland East Bay Symphony Strings under the direction of conductor Michael Morgan, will support the clinic and future Love is All events. Through the event, Worku is creating a mission-driven day that merges his musical and medical callings.

Worku, who already completed degrees in business administration and nursing at PUC, will complete his bachelor’s in nursing and march in Commencement Grove for the third time this June. His career in music had similar twists and turns as his academic journey, with times of intense dedication and then the realization that the path he had chosen was not where God was leading him. “It was later down the line where I started meeting people and experiencing situations where I realized there was something more,” Worku shares. He gave up the possibility of a touring contract and chose to let God lead.

“My definition of success has completely shifted,” Worku explains. “Now, my definition is staying true to my faith and my values no matter what the outcome. … It’s not a numbers game anymore.”

Faith drives Worku’s future now, and is what motivated him to organize the concert and clinic. “I want to know what the power of the Kingdom, looks like, and how we can be a beacon of the Gospel to a dying world,” he says. The Love is All event will utilize the skill of volunteers to serve that dying world; medical and dental professionals organized by the Adventist Medical Evangelism Network will work alongside PUC student volunteers to provide care to those who need it most.

The evening’s concert will feature Worku’s unique sound and original songs, backed by the talent of the Oakland East Bay Symphony and accompanied by his talented band led by Dave Jackson, current musical director and keyboardist for Grammy and Golden Globe Award winner Jennifer Hudson.

During the next few weeks, Worku is finalizing the pieces of the concert and clinic. “There are so many people who have internalized this and said ‘Hey, let’s see how far this can go,’” he says. “I think I’m just a catalyst for a bigger picture. … My dream would be that this is just the first tiny seed of something so much bigger.” Wherever the Love is All journey leads, Tad is making sure he continues to be led by faith.

The Love is All Concert will take place at the Craneway Pavilion in Richmond, Calif., on February 28 at 7:30pm. To learn more and purchase tickets, visit the website.