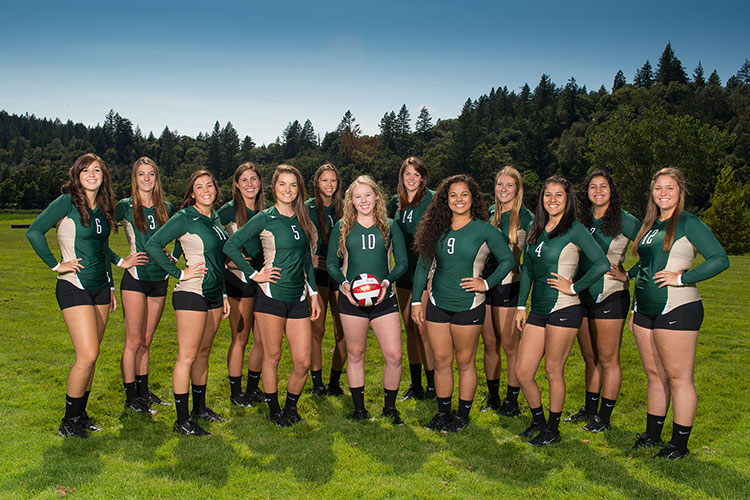 Eight weeks into their 2013 season, PUC’s Pioneers Women’s Volleyball team has more than doubled their win total from the previous best season record; a significant factor in this winning streak has been the play of senior Lauren Secchitano. Secchitano was awarded the California Pacific Conference Player of the Week for the week of September 30. The Pioneers have won three straight matches, improving their overall record 10-6, with Secchitano totaling 44 digs and 8 service aces. Secchitano, the team’s libero (defensive specialist), currently leads the CalPac Conference in digs with 265.

“I am extremely proud of Lauren and she is very deserving of this award. She has been working hard since spring of last year and is always the first one in the weight room and in the gym getting extra reps,” states Head Coach Brittany Brown. “There is a lot of hard work behind the award.”

Secchitano is the second Pioneers player to receive the Player of the Week recognition this season; Jenna Glantz, a junior outside hitter, received the award the week of August 25 after her outstanding performance in the lady Pioneers’ four-game win streak at the Mustang Invitational in Cedar Rapids, Iowa. “It is always an honor to get recognized, especially after putting in so much work, but I do know that I could not have been successful without my teammates,” says Glantz.