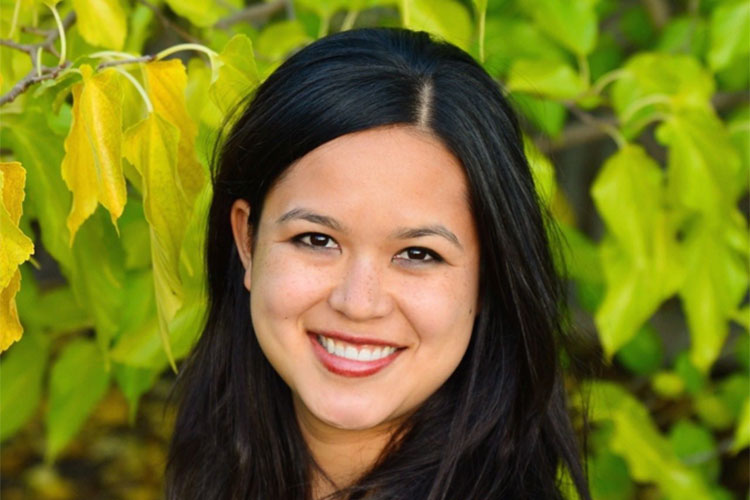 Midori Yoshimura, who graduated from PUC in 2012, never knew her English and Spanish double major would take her to where she is now: working as a digital media associate in the communications office at Stanford University.

“It's exciting to help share new research that can help save lives, better explain the effects of climate change, and more. Depending on the day, the team I work on might run Facebook Live streams of university events; produce profiles of students and faculty for digital media campaigns; live-tweet events like Commencement or talks by figures such as Oprah and Bill Nye the Science Guy; and help share what's happening at Stanford with the world," Yoshimura says.

Yoshimura’s success stemmed partly from her active participation in several nonprofit programs, including Spectrum Magazine, where she began working as an intern in college. Soon after she joined Stanford's News Service as an editorial assistant, the then-prince and -princess of Spain visited the university. Yoshimura had the opportunity to assist as a backup translator for the Spanish press, thanks to her familiarity with the language. While at Stanford, she also did freelance reporting for Crowdfund Insider, a website that covers news in crowdfunding, peer-to-peer finance, and financial technology, until she began her current job as a digital media associate on the university's digital media team.

Although she now creates and shares written (and visual) content at Stanford University, Midori explains that working as a writer was never one of her initial goals.

“For the first year or so after I graduated, I continued what I’d started my junior year—worrying about what I would do for a job. I didn’t want to become a teacher, was on the fence about training to become a lawyer, and didn’t think that, given my skillset, working as a writer was my best option. However, for those considering any career I’d suggest that the first thing to do is explore what kind of writer you'd like to be. Then, research the path from where you are, to where you want to be next, to where you think you want to be, ultimately. Understand your career choice to the point where you can explain it to someone who’s skeptical, and remain confident—not just optimistic—because you've explored its pros and cons, and, perhaps, have a feasible working plan.”

Yoshimura shares that although she did not expect to end up where she is now, some classes she took at PUC were unexpectedly beneficial to her professional career. As a Spanish and English double major, with a minor in PR/communications in the Honors program, Yoshimura says that several classes helped her later on: her newswriting class taught her to be more concise, Lynne Thew’s copyediting classes honed her skills in correcting errors before they were published, and her studies abroad in Spain and her Spanish and Latin American film class gave her more empathy and appreciation for delving into the authenticity of other cultures. They also helped her develop a love of travel and language and reminded her that life is rarely black or white.

As she talks about her love for traveling and learning, the young, accomplished alumni laughs as she takes a moment to think back to her days at PUC. She remembers the weekly Target or Safeway runs after a Friday night vespers or late on a Saturday night, walks in the Back 40, and trips to San Francisco. She says she particularly appreciates memories from the department of English.

“Some of my favorite memories include the time that two professors, Dr. John McDowell and Dr. Cynthia Westerbeck, took the time late on a Friday afternoon to patiently convince me that I could actually get a job I liked, one that paid enough to live on, as an English major … Any class in which Dr. Linda Gill stood on a table to explain anything (ex. the object of desire). Also, a poetry class that Dr. Sara Kakazu taught—I’d never written anything more than angsty teen rhyming lines, and had minimal appreciation for poetry. But I quickly learned to love the way that relatively few words could be so potent… Also, custom poems for family and friends made great, budget-friendly gifts.

Most importantly, Yoshimura states that being an English major helped her get to where she is now. Aside from learning how to thoroughly analyze an idea and provide support for it—or to choose a new approach if it turned out that she couldn’t support it—she says English classes helped her to think critically, read texts quickly but thoroughly, and of course, improve her writing. Career-wise, she says that students walking a path without a focus on a specific profession can benefit from pairing English skills with distinctly different skills such as computer science, graphic design, business, and other complementary skills.

“I’ve learned not to set limits on what I think I can do, and to choose 'stretch' jobs where I’ll have the chance to gain new skillsets. My five-year plan changes at least every year, and these days, I look forward to every iteration.”

In her spare time, Yoshimura is happiest when she's exploring a new city by foot, often in search of a specialty dessert. She visits New York City every year, and returned to Spain last spring for the first time since studying there as a student. "Traveling satisfies my restlessness and innate curiosity about all the possibilities life holds. In the event of the unforeseen, it helps me gain confidence in my ability to manage—or at least, endure—whatever I couldn't have planned for." Next on the list: Scotland and Japan.