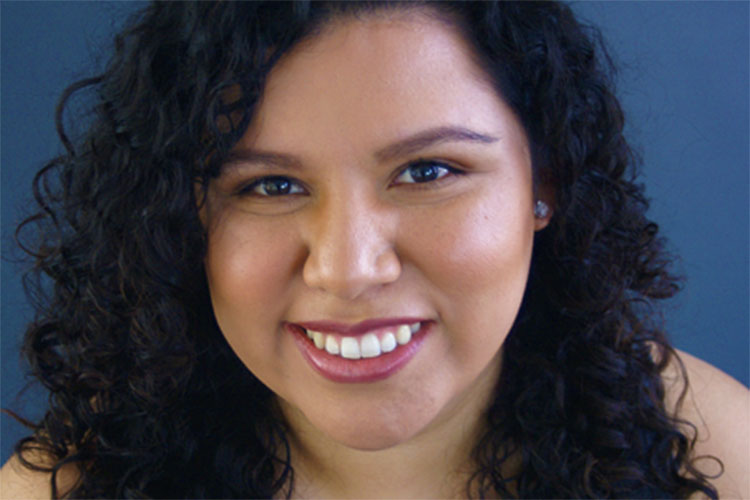 Liz Rivera, who graduated from the department of English in 2008, is the writer behind the abridged children’s version of Disney’s Coco and the Youtube Premium show Me and My Grandma. As a successful freelance TV writer and aspiring TV show creator, Rivera shares that her journey took a lot of trial and error.

“I tried technical writing, copyediting, magazine editing, but nothing worked out because I graduated right when the economy crash happened. I ended up working as a receptionist—something I didn’t expect to do after graduating with an emphasis in writing—and applied for a lot of writing fellowships. Eventually, I got the National Hispanic Media Coalition Writing Fellowship, and after that, I started making a lot of connections,” Rivera says.

Rivera says that, contrary to popular belief, her job isn’t solely based on writing. She meets with other writers and executives often, and it’s essentially based on social networking, particularly because she’s based in the Los Angeles area.

“I’m a comedy writer, so I have to sell myself in a very concise way, and I have to make sure that my jokes are actually funny,” Rivera chuckles. “You have to know what humor to write, and you have to be good in a room and get along with other people. It’s not just about writing. It’s about the collaborative aspects of the job, and even more importantly, word of mouth.”

She shares that Coco is a great example of the importance of social networking. Rivera had previously written a script that focused on Latino culture, and someone just happened to read it. That person gave it to Disney Publishing, and Disney eventually asked her to write the children’s book for Coco.

Although networking plays an important part in Rivera’s work, Rivera states that her writing ability is ultimately grounded in her past experience as an English major at PUC. “All of the writing classes at PUC helped me. I actually took every single one of them, and they’re helpful in developing your writing muscles. I realized that there’s actually a practical side of writing: You CAN make a living off of it, and it doesn’t have to end just as a silly dream.”

She continues, “I loved Stauffer Hall. It’s truly a ‘come as you are’ type of place. It’s not about pretenses. It’s a place that welcomes who you are as a person, and it’s a comfy place to be. The professors let me be angsty, and they listened to me and gave me advice. I grew so much as a writer there, and it’s such a welcoming place.”

Rivera offers advice to student writers: “If you want to be a professional writer, go for it. Go for it hard and with the clear knowledge that it is going to be difficult but that it is doable with persistence and a little luck. Ignore everyone who tells you it's not practical or possible. They don't know what they're talking about. They haven't done it. Talk to people doing the job you want to get real advice. Ask for help. People are really open to helping young writers. And keep writing. The more material you write, the better you get. Be persistent, be patient, and get a day job while you get your big break.”

Rivera shares that because it’s now development season, she’s currently working with a producer to develop a half-hour comedy with Norman Lear’s Act III company and Campanario Entertainment. Norman Lear is the force behind hits such as All in the Family, The Jeffersons, and One Day at a Time, which is currently on Netflix.